The sixth training demonstration class for the party organization secretaries of non-public enterprises in Fujian province for thorough study and implementation of Xi Jinping's new era of socialism with Chinese characteristics started on the morning of November 27. 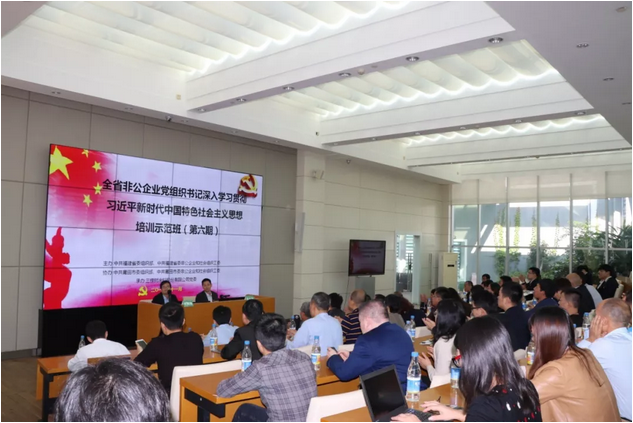 The opening ceremony was held in the ecological classroom on the fifth floor of 3TREES Headquarters, a practical training base for CPC party building of non-public enterprises and social organizations in Fujian Province. It was attended by nearly 80 people including representatives of party organization secretaries of non-public enterprises in all the districts, cities and Pingtan Comprehensive Experimental Zone, members of the Party Committee of 3TREES, central CPC branch members and party office members. Also present were Li Jianfeng, deputy director of the Office of the Working Committee for Non-public Enterprises and Social Organizations of the Provincial Party Committee and Cai Jinchun, deputy director of the Organization Department of Putian Municipal Committee.

The students first visited the enterprise cultural center and the party service center before the start of the class, and revisited the pledge for joining the party in the Party Building Exhibition Hall. 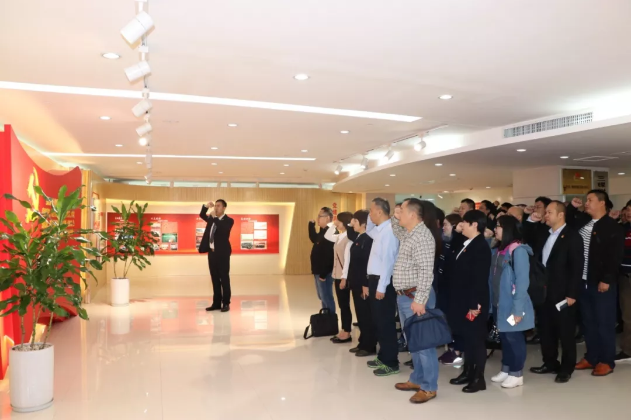 Deputy Director Cai Jinchun first welcomed the party secretaries of non-public enterprises in Putian at the opening ceremony, and introduced the basics of Putian. He also said that the Organization Department of the Provincial Party Committee attached great importance to the work of non-public organizations’ party building, and the training course to be held in Putian was not only supportive but also approving of the party organizations’ work, but also inspiring and spurring thereto, and it provided a rare opportunity for Putian people to learn from the work of other cities and would certainly push non-public party building to a new level. 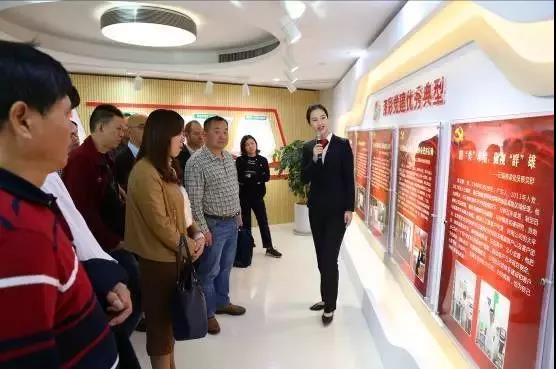 Vice Director Li Jianfeng gave a special lecture on "Earnestly Studying and Implementing Xi Jinping Thought on Socialism with Chinese Characteristics for a New Era and Strengthening the Party Organization Construction in Non-public Enterprises" after the opening ceremony, from the aspects of how to understand the primary-level Party organizations, how to play the role of party organizations as fortresses and party members' pioneering and exemplary roles, why to strengthen the party construction in non-public enterprises, and gave suggestions and requirements to the secretaries of non-public party organizations as to how to do a good job in party building by daring to take responsibility, integrating oneself into the central work and improving communication skills. 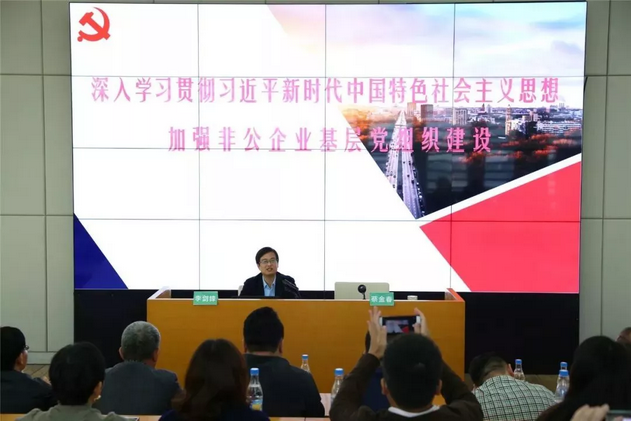 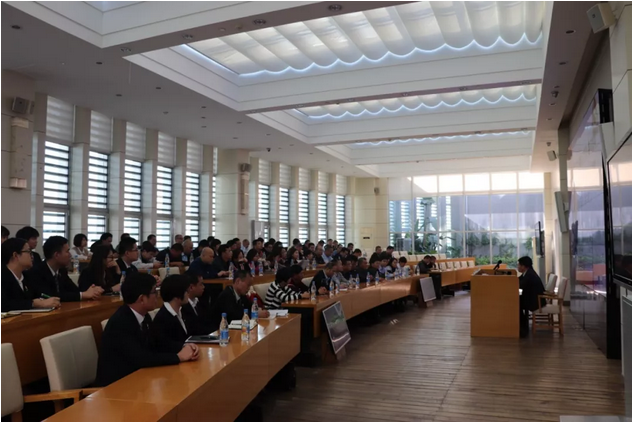 Afterward, deputy director Cai Jinchun gave a special lecture on Putian's "Five Focuses" Model for Promoting the Standardization of Party Building in Non-public Enterprises from the basics of party organizations at new economic and social organizations in Putian, the proposal and implementation of the "Five Focuses" party building work model, and how to ensure the effectiveness of the "Five Focuses" for CPC party building, and put forward specific requirements for five standardization points and five spots of normalization so as to further enhance the consciousness of politics, of the overall picture, of the core and of compliance on the part of party organizations and secretaries of social organizations in non-public enterprises, improve the ability for party affairs and serve the needs of enterprises, and give full play to the role of demonstrators and leaders.

In addition to special lectures, at this training course were also arranged group discussions, on-site teaching, experience exchanges, etc. for thorough study and implementation of Xi Jinping Thought on Socialism with Chinese Characteristics for a new era.

Prev: Retake the Gobi on the Journey, and 3TREES is Calli…
Next: The 2018 Fujian Private Enterprise Culture Building S…
地址查询
专卖店授权号查询
