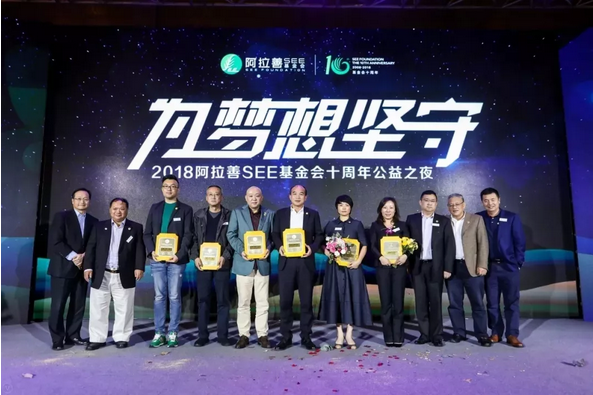 3TREES were commended with the Outstanding Contribution Award, and Chairman Hong Jie (center) took the stage to receive the award

The ten years' adherence of Alxa SEE is also a witness to 3TREES's public welfare undertakings as 3TREES joined the Alxa SEE Foundation in 2016. Since then, 3TREES Foundation has donated RMB5 million each year to help the public welfare of tree planting, and has promised to donate a total of RMB50 million for Saxaul Forest in Alxa. As it turned out, 3TREES actively participated in the public welfare event of "Donating Love Doubling Card Together" on SEE 99 Public Welfare Day in Alxa for three consecutive year from 2016 to 2018, calling on its employees, clients and partners to jointly support the public welfare and support "100 Million Saxaul Trees", which led to donations totaling more than RMB500,000. 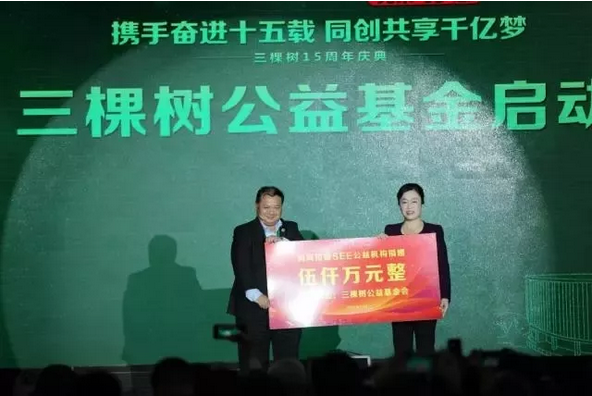 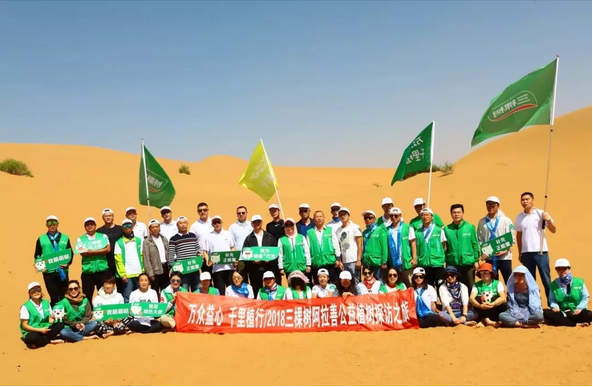 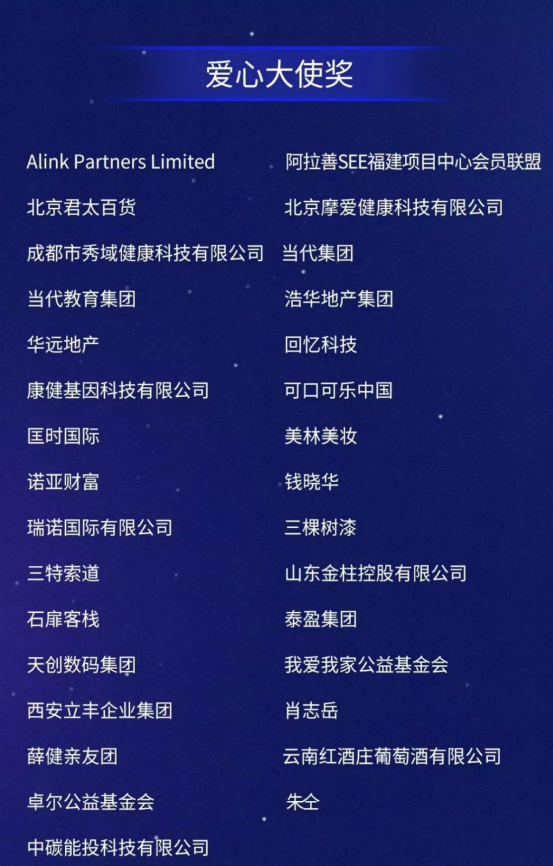 Love Ambassador Award: In recognition of caring enterprises and individuals who promoted more than RMB500,000 donations in the charity event "Donating Love Doubling Cards Together" on the 99 Public Welfare Day from 2016 to 2018

The road of public welfare is long and winding, and it requires persistent joint efforts to guard the clear water and blue sky so 3TREES shall continue its commitment to public welfare, gather more love and strength with expectation of a more beautiful earth and a better world.