April - A Season of Prosperity and Innovation for 3TREES!

On April 9-11, 3TREES held the 2018 Annual Partner Summit at its Putian headquarters under the theme of “New Culture, New Strategy, New Journey”.

During this summit, “Leading Green Building Aesthetics, Building a Prosperous Future - 2018 3TREES Engineering Brand Launch Event” was held on April 11 at the International Conference Center of the Putian C&D Hotel.

The launch event was attended by China's leading experts in the field of construction, esteemed architects, famous real estate developers and more than 1,000 dealers across the country, presenting a “feast of ideas” for the innovative development of the architectural coating industry in China. 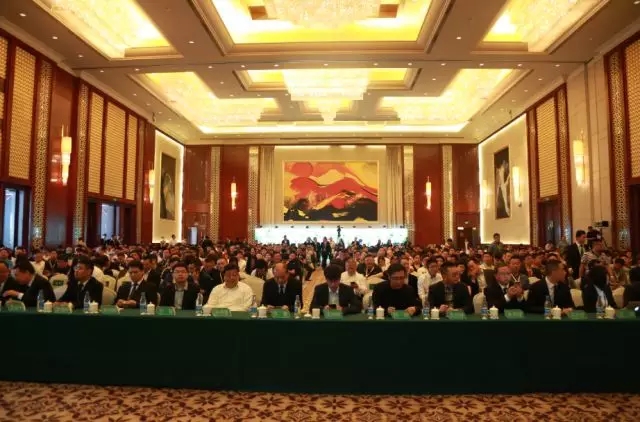 At the same time, looking back on the evolution of China’s architectural coating in the past 20 years, the industry has gone through rapid upgrades in both material quality and texture, and effect customization and construction technique. It can be said that architectural coating is no longer a simple process of “whitewashing” or “three-staged decoration”, but becoming more and more beautiful.

The key to the future lies in following the trend! The launch of the 3TREES Engineering brand is consistent with the two major trends of "Green Building" and "Painting Aesthetics". The brand upgrade strategy in 2018, which proposes for the first time the concept of “Aesthetics of Green Building”, is led by innovation and will lead to a prosperous future. 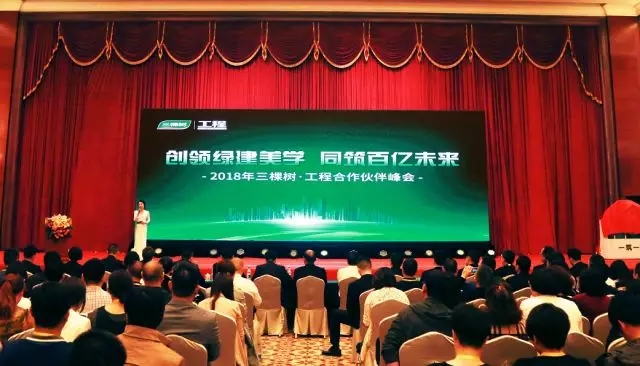 Mr. Lin said, after seven years of rapid development and accumulation of managerial experience, 3TREES Engineering had quickly joined the ranks of industry leaders in the field of engineering paints, and ranked second in engineering paint brands and first in market sales of granite paints. 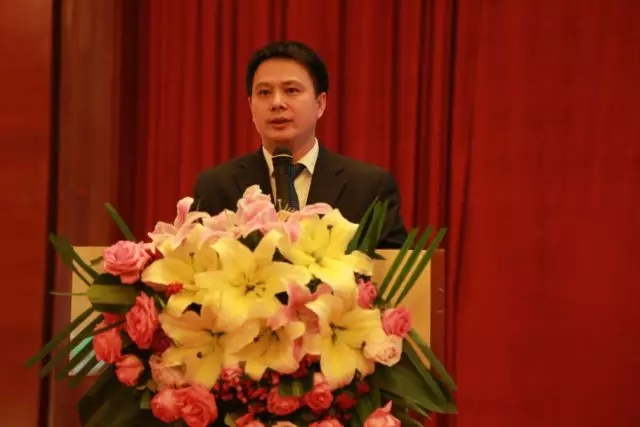 Mr. Lin also introduced the business ambition and overall plan of 3TREES Engineering. Going forward, based on the parent brand, the company would put more efforts to build and promote its professional brand of engineering paints, strive to become the first choice for the consumers of engineering paints in China, and expand its presence in the international market to create a brand of over 10 billion yuan of business values with its partners and write a new chapter in “supporting the earth and greening the world”. Mr. Lin's passionate and clear-minded speech triggered a warm response from the participants!

Launch of the brand strategy, sharing the "feast of ideas"

After Mr. Lin’s speech, four renowned experts with different backgrounds shared their insights on brand strategy from the angles of “beauty of cities”, “beauty of living space” and “beauty of architecture”.

Mr. Su Guofeng is the winner of the first Chinese Creative Industry Pioneer. He has participated in the original planning of the 3TREES parent brand and the promotion of the 3TREES-Shenzhou VI partnership. 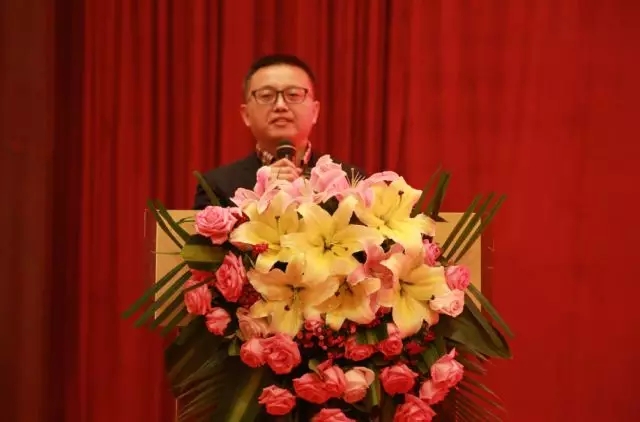 Mr. Su pointed out that China had a 100-billion-yuan market for engineering paints, but the brands in the industry were mostly “big but not strong”. Most of them were operating based on the traditional B2B concept, with less emphasis on the cultivation of customers’ brands. This would become an obstacle for these top brands to grow bigger and stronger.

Mr. Song Yehao, Director of the Institute of Architecture and Technology, School of Architecture, Tsinghua University, is a renowned expert in the field of green building research. He has many years of experience in the research of national policies on urban planning and in other fields.

In his speech, Mr. Song explained the decision-making process and future direction of the country’s urban planning policies from the perspective of the future trend of green building aesthetics and published a series of advanced standards at home and abroad. 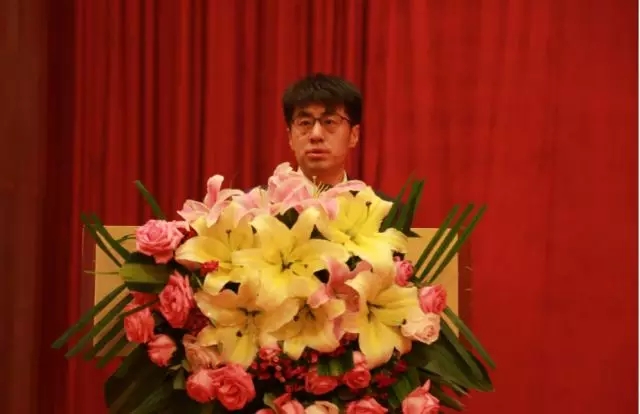 Mr. Song Yehao gave a keynote speech on "The Beauty of Cities"

Professor Song also shared the case of the "Gui'an New Area", a. project that has received high attention from the State Council and represents a new direction for the upgrade into "Eco-China" and "Beautiful Cities". He pointed out that the trend of green building was unstoppable, and would bring significant opportunities of business upgrade for 3TREES and brands that focus on green quality and services.

Aesthetics of Green Building - The Beauty of Architecture and the Environment

Mr. Song Dexuan is a professor from the College of Architecture and Urban Planning and academic leader of the research team on green building and environmental control at Tongji University, a university with a long history in the field of architectural design in China. He gave a memorable and professional speech to the audience on the topic of "The Beauty of Architecture" 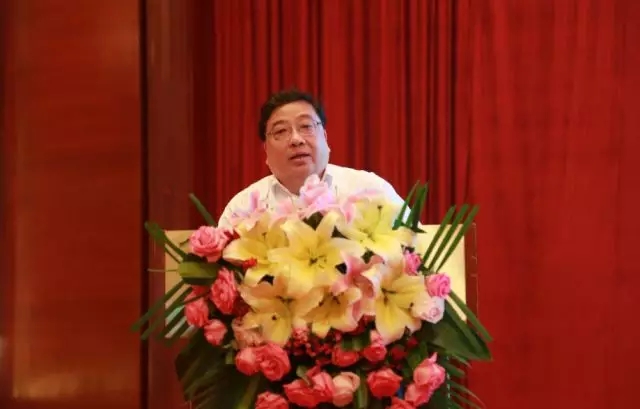 Mr. Song Dexuan gave a keynote speech on "The Beauty of Architecture".

Professor Song explained the definition and content of green building with a plain language, and pointed out that the value of green building was largely about “health”. Providing a “healthy”, “cozy” and “efficient” space was a fundamental requirement for green buildings. This was highly consistent with 3TREES’s philosophy of Aesthetics of Green Building.

He believed that cooperation between producers, universities and research institutions helped drive innovation in business development, and 3TREES had all along invested substantial resources in this area.

Green - The Life Force of Architecture

Mr. Liu Heng, President of the Green Architecture Design & Research Institute of China Construction Technology Consulting Co., Ltd., is a famous class-I architect in China. With rich experience in the designing of several national building projects, including the construction of the Xiongan New Area, he has developed a unique and deep understanding of ideal living space. 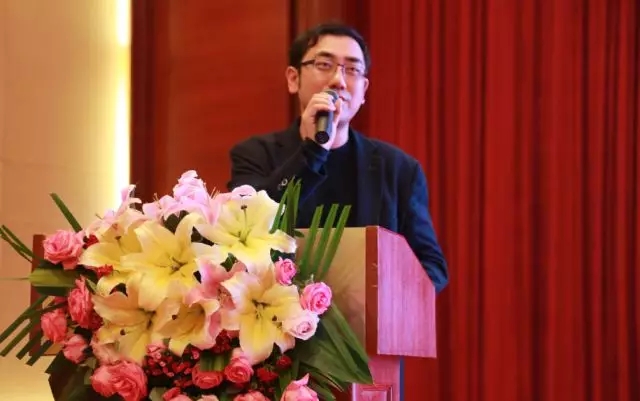 Mr. Liu Heng gave a keynote speech on "The Beauty of Living Space".

In his speech, Mr. Liu shared a series of national projects and cases of leading real estate brands, as well as the requirements and trend of green buildings and aesthetic painting; he also explained his thoughts and views on the aesthetic upgrade of green building paintings by citing the case of the Xiongan project.

He suggested that the essence of green building was to create a better living environment. The development concept of Xiongan New Area was highly compatible with 3TREES Engineering’s vision of “Aesthetics of Green Building”.

Ms. Wang gave a detailed analysis of the current status of media communication in the market and 3TREES’s targeted media delivery in 2018. She pointed out that in 2018, 3TREES’s brand promotion and communication would become more proactive and upgraded in keeping with the changing status in the market. A significant leap in the business of 3TREES Engineering could be well expected in 2018. 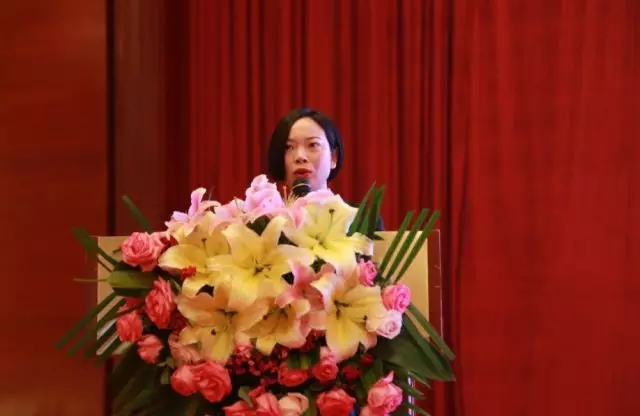 3TREES Engineering for a New Future!