On November 9, 2020, the 3TREES Public Welfare Foundation held a ceremony to donate the second batch of cochlear implants to hearing-impaired patients at the First Hospital of Putian City. The ceremony was attended by President Xu Zhiyang, Director of the General Office Xu Bin, and Director of the Otorhinolaryngology, Head and Neck Surgery Department Fang Chao of the First Hospital of Putian City, as well as President Xu Lifang and Director Li Jiaqu of the 3TREES Public Welfare Foundation. 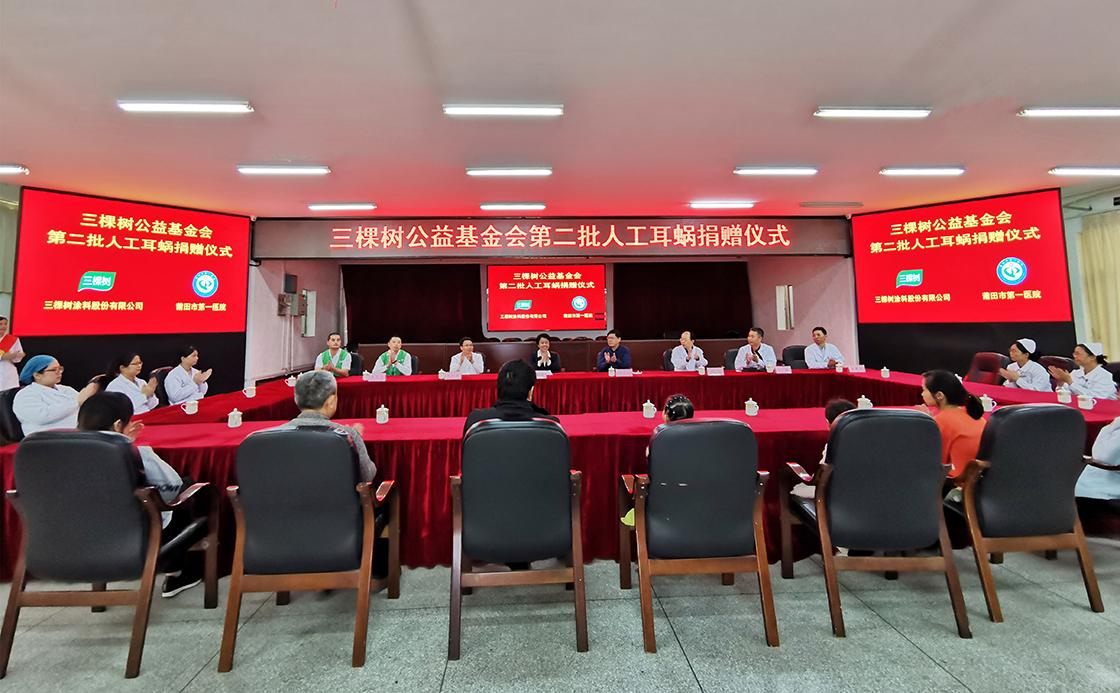 It is understood that there are about 27.8 million hearing-impaired people in China, accounting for more than 30% of the total number of hearing-impaired people in the world. At the donation ceremony, the 3TREES Public Welfare Foundation donated 5 sets of cochlear implants to five prelingually deaf children and post lingually deaf adults from poor families, so as to help them get timely treatment and gain hearing ability as soon as possible. This year marks the second year of cooperation between 3TREES and the First Hospital of Putian City in the Cochlear Implant Charity Project. In 2019, the 3TREES Public Welfare Foundation donated RMB300,000 and successfully helped five hearing-impaired patients obtain hearing ability. 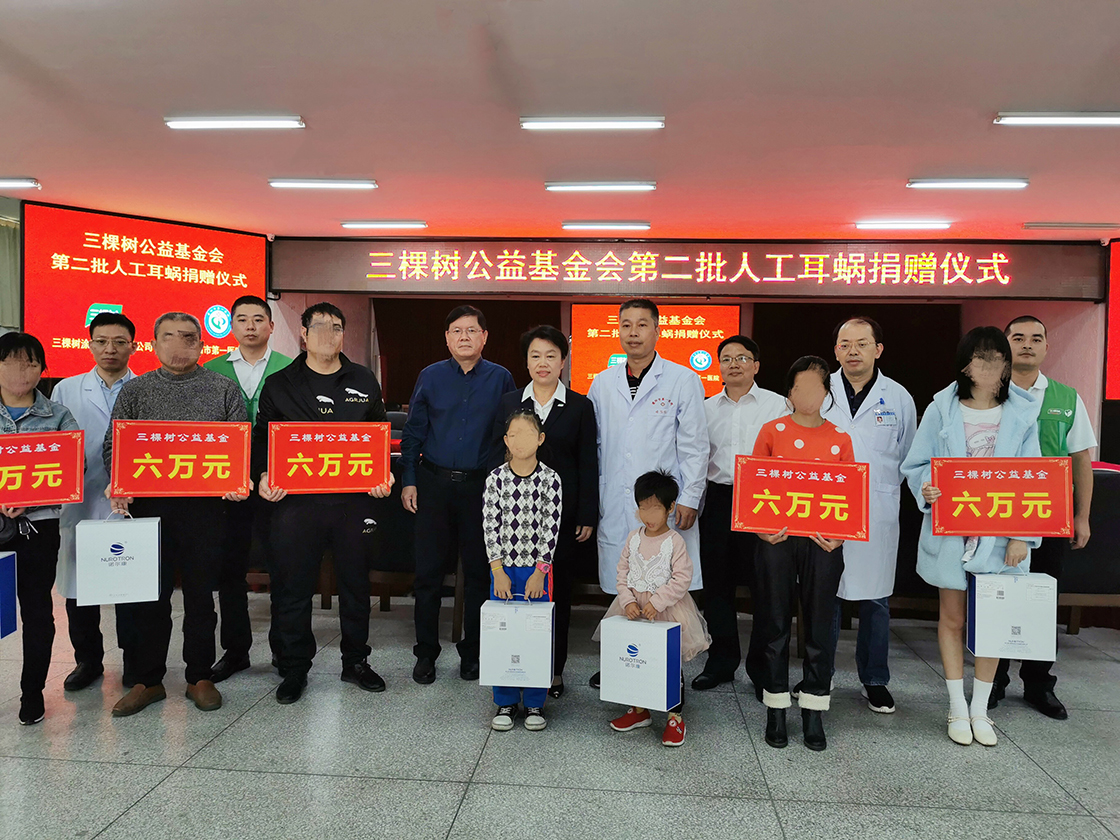 At the donation ceremony, Director Fang Chao made a brief introduction to the five patients who received donations this year, and reported that the first batch of recipient patients had recovered well last year. Fully recognizing 3TREES's kind donation, President Xu Zhiyang remarked that 3TREES was an enterprise with a great spirit of caring and love and its donated cochlear implants had brought good news to hearing-impaired patients. He also affirmed that the First Hospital of Putian City would also provide the best medical team and services to help patients walk out of the silent world as soon as possible. 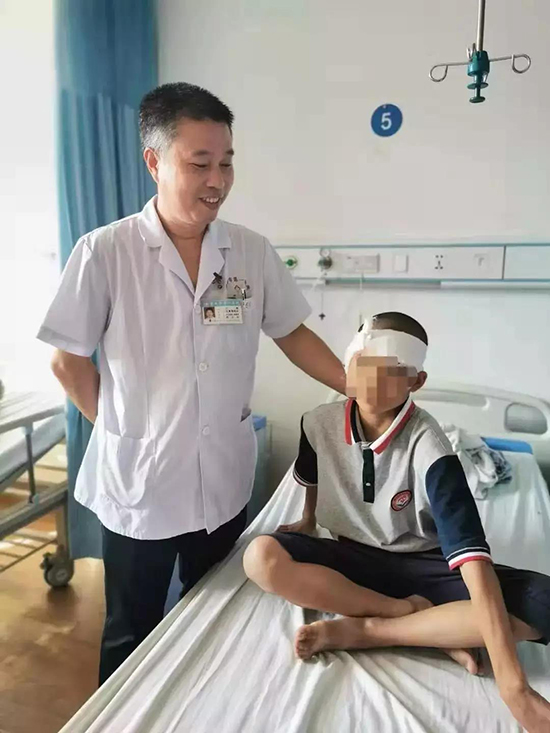 Ever since its establishment, 3TREES has been practicing its CSR philosophy of “Respecting Nature and Caring for Your Compatriots". While vigorously growing its business, it has firmly committed to various social welfare undertakings, boldly taken social responsibility and actively repaid society. In her speech, President Xu Lifang hoped that through the far-reaching action of the Cochlear Implant Public Welfare Project, more caring enterprises and people would join the efforts to help the disabled, support the health cause of the disabled and work together to take most hearing-impaired people to the world of sound, so that they realize their life value, enjoy a happy life and share a bright future.