On November 15, 2020, the 7th West Bund Art and Design Expo (“West Bund Expo”) drew to a successful conclusion. As the first international blockbuster art exhibition held as scheduled in …...
Moving Forward Together for Nirvana Before Rebirth: The Fourth Day on the Gobi 3 Journey
2020.09.13       Category: News

Greatness is made by being honed

The more a knife is whetted, the sharper it becomes!

It is bright and hot in the Gobi in September, when the 24km to be covered on the fourth day of 3TREES's Gobi going trek is to be comprised of an individual race and a brothers-in-succession race. So through the vast sea of sand, the Gobi going friends, lighting up the sacred flames of their dreams, marched bravely through the yellow sand, being melted and transformed, directed at to the distant destination! 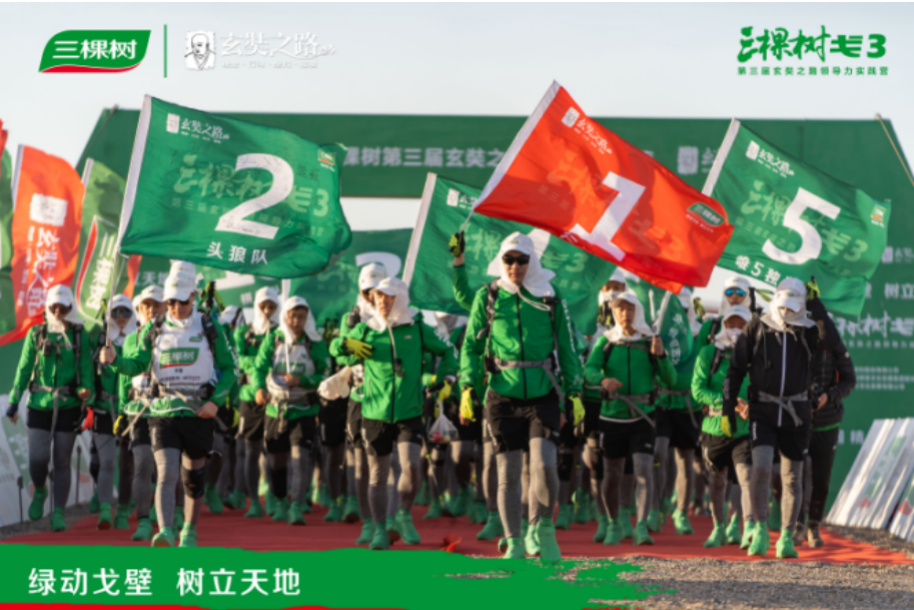 Stop talking while walking and look into our own hearts. 5km after the departure, the Gobi goers stopped talking and walked through the Gobi Desert, without using any electronic devices, communication or contact, feeling with their hearts while communicating with the heaven and earth, when the whole world was quiet and distant apart. So hiking is a way of practice when between heaven and earth, their feet were firm and forceful while their heart extremely calm, being silently honed and transformed. 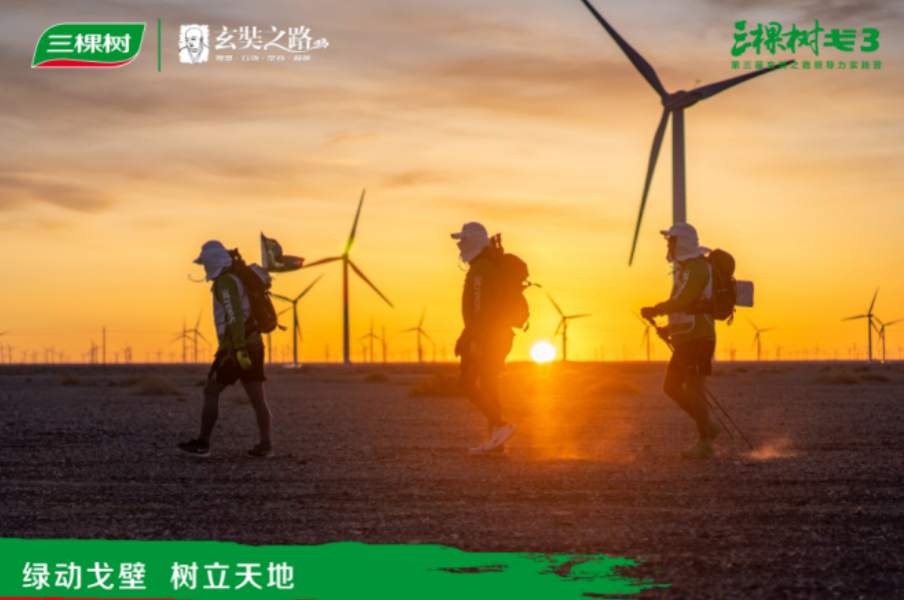 Within one grain of sand is a world, and with one journey a legend is born, so one can be injured, and frustrated, but can never give it up! And after walking for the first three days, the Gobi goers' team, though suffering from pain, were still gritting their teeth and moving towards the goal step by step, the two Gobi goers falling behind the team tolerated the pain and kept walking from 8:00 a.m. to 8:00 p.m. as if blooming their brilliance of life! And at the moment of rushing to the end, tears pouring, they looked back and smiled, with the vast land being branded in their hearts. As the saying goes, the road to dream ahead is under your feet, so it is even in our heart. Go forward fearlessly, one will surely make it. 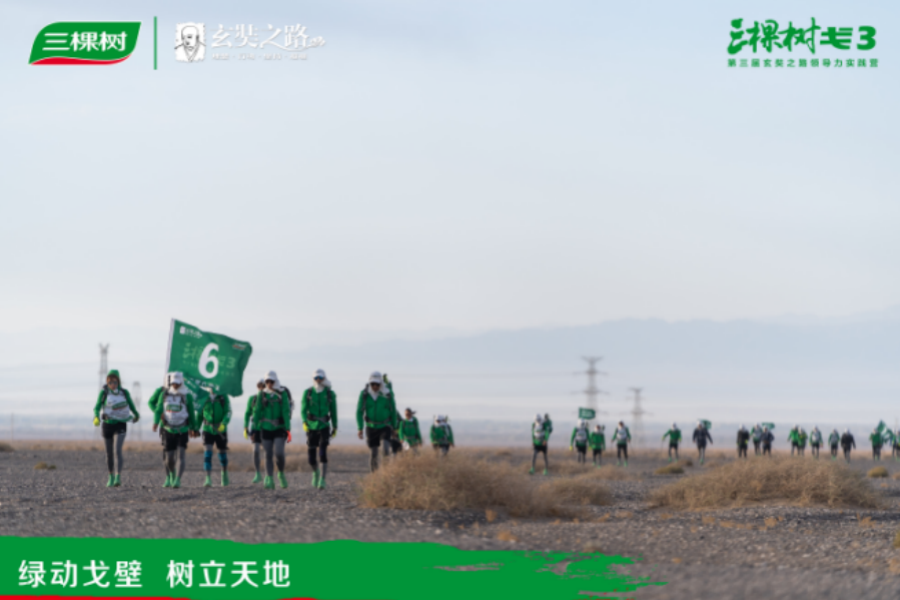 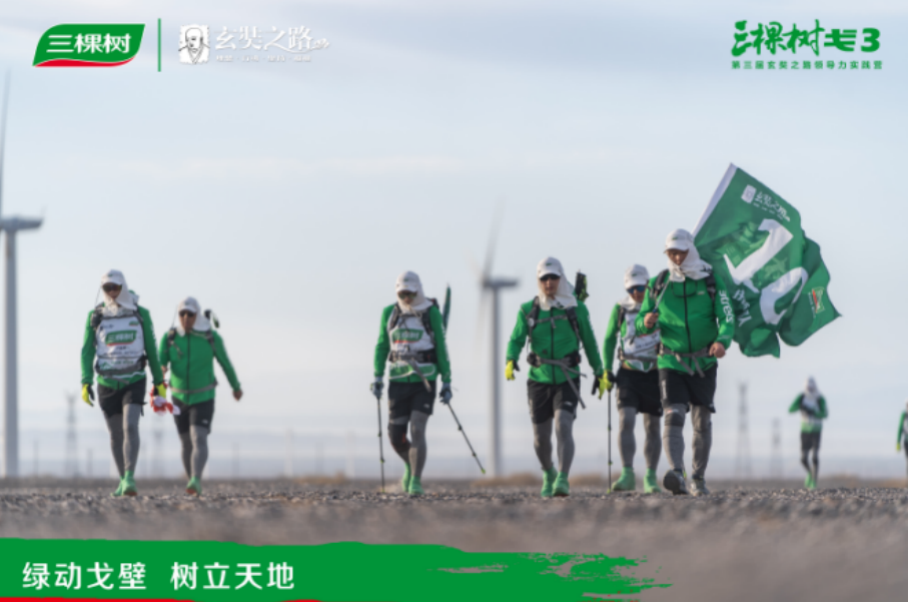 On a long long journey, just walk and be enlightened. So each group of representatives was sharing in their reflections on what they gained from the challenge and feelings from their hearts for four days and three nights at the awards ceremony and celebration banquet held in the evening, when the key words running through their minds and mouths were, besides pain, growth and hard work, and the spiritual interpretation of always striving for the first, the word teamwork as the Gobi goers were pointing out that after walking through the vast Gobi all were sisters and brothers, and moving forward together is the greatest weapon that were giving them great power for constant transcendence as well as their thanks for everyone around who had been giving out light! 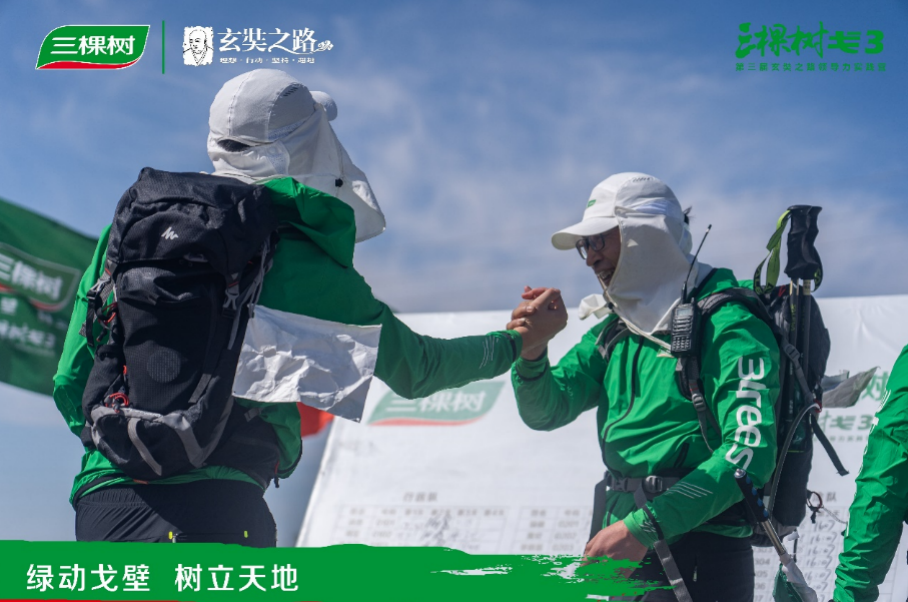 Three triumphs over the Gobi, it's their wining hearts that have brought them success! As a three-time Gobi goer, Chairman Hong Jie shared a piece of his deep thinking when talking about the land of Gobi and the road having the spiritual power he had been looking for and there comes the call as if to the heart, which was resounding louder and louder each time. And the current Gobi going team was also the most powerful, most story-worthy and touching one he had ever seen, with a rate of completion on the journey reaching 100% as each brave man and woman in the team felt through their actions and followed the spirit of the Hsuan Tsang Road, of the Olympic Games and of 3TREES. 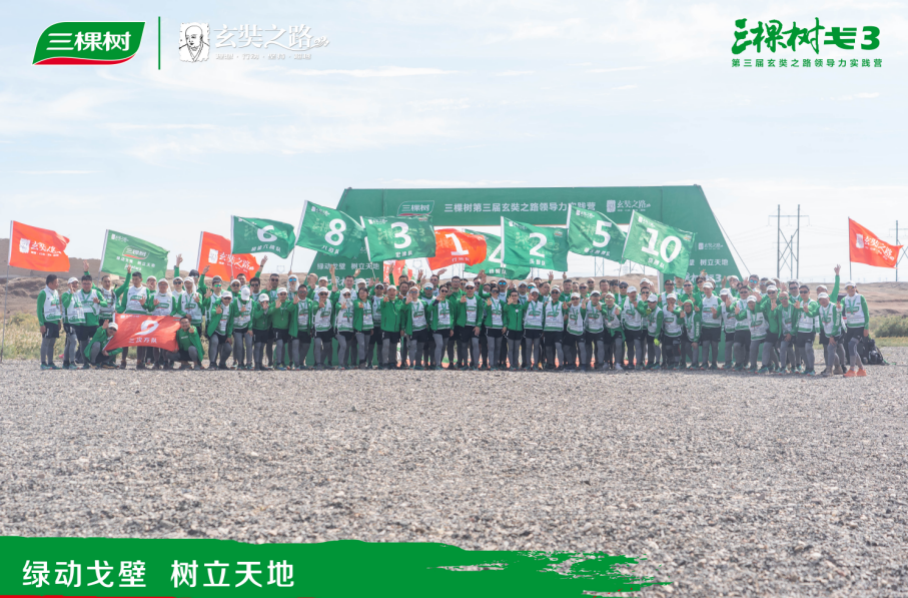 Mr. Hong encouraged each Gobi goer that a great cause calls for a great mission, spirit and faith, grand dreams as well as a great vision, excellent leadership, a strong team, respect for nature and love of humanity, and especially for better health. So he hoped each one could cultivate a very healthy lifestyle by traveling through the Gobi, to put the Gobi conquering spirit in their work and life, and put such positive forces against every challenge. In addition, 3TREES shall continue its adherence to cultural self-confidence and strategic determination, stay steady and far-sighted, and march towards the goal of 10 billion yuan and the dream of 100 billion yuan!

Afterward, individual awards and the first, second and third awards of the teams were given, and the highest team honor award---Symbiotic Forest Award, was presented to the 3TREES team on the Gobi going trek who had finished the ordeal with 100% completion. 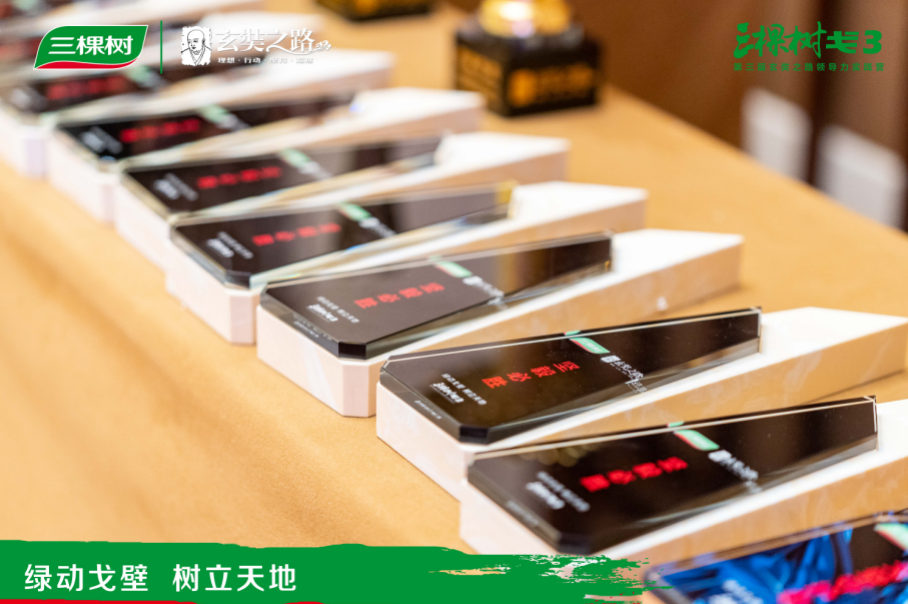 On a road, a group of people for nirvana after rebirth went ahead. So the Gobi goers were feeling the Hsuan Tsang spirit of "ideal, action, persistence and transcendence", while engraving memories of the difficulties and gains into their blood and marrow as all of them on the journey would become the great figures of preface for 3TREES members to follow suit and forge ahead bravely. So accept the challenge and make meaning for life! 3TREES, eighteen years old, is just in its youth, and on the road to the dreams, it shall strive relentlessly, and live up to the worth of its youth by following its dreams!

Prev: Passing on the Gobi Conquering Spirit, 3TREES Gobi…
Next: Keep to our Faith and We Shall Never Give it Up: Day…
地址查询
专卖店授权号查询
