On November 15, 2020, the 7th West Bund Art and Design Expo (“West Bund Expo”) drew to a successful conclusion. As the first international blockbuster art exhibition held as scheduled in …...
Keep to our Faith and We Shall Never Give it Up: Day 3 of the Gobi Going Trek
2020.09.12       Category: News

Never give it up, just for the brilliant moment 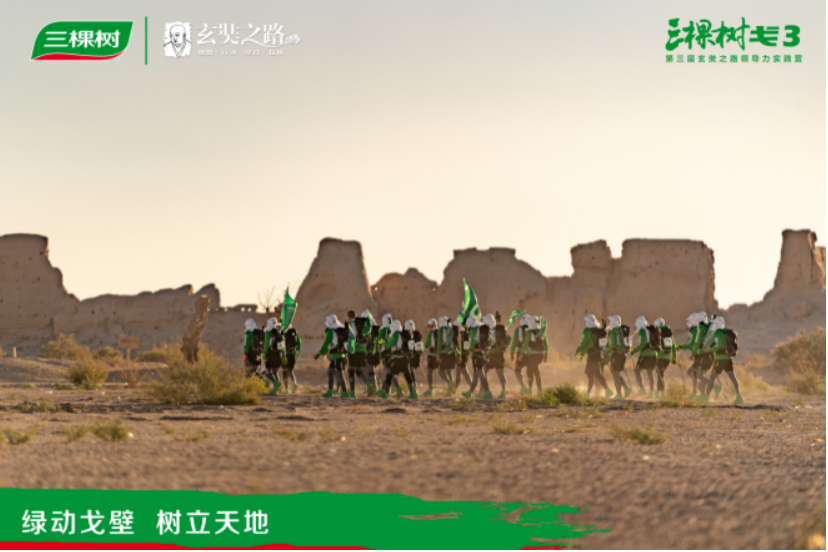 The Gobi going team of 3TREES has gone through the first and second days of fierce competition as their strength were on serious decrease. And the 12th was a day witnessing the 108 Gobi goers facing greater difficulties from pains to challenge the 32km journey from Kunlun Barrier Camp to Windmill Camp.

Today's competition worked on a system by which the sixth place in each team was to be the team score. And the team were beaming with true emotions and love despite the ruthless conditions. The third day, though, was a day of the biggest difficulties as ordeal was not only about one’s triumph over oneself, but also about the strength of teamwork.

The seemingly endless Gobi, where nothing grew, made it difficult to walk, while the blisters on the Gobi goers’ feet and the wounds on their knees made it all the harder to go.

For their strong willpower, the Gobi goers went as if flying across the Shule River and felt the historical pulse on the Gobi Desert; crossing the deserted Windmill Camp and experiencing the environmental protection technologies in the group of wind turbines on the Gobi in the west. And the pioneers of each group were sprinting at dawn in the front against the cold wind under a temperature of 8℃, and those going behind were supporting and encouraging each other so no one would fall behind. Once walking through the Gobi Desert, they were all sisters and brothers. In fact, this was the power of teamwork. 14 hours later, after covering 32 kilometers, all the members of 3TREES Gobi 3 Journey managed to reach the Windmill Camp! 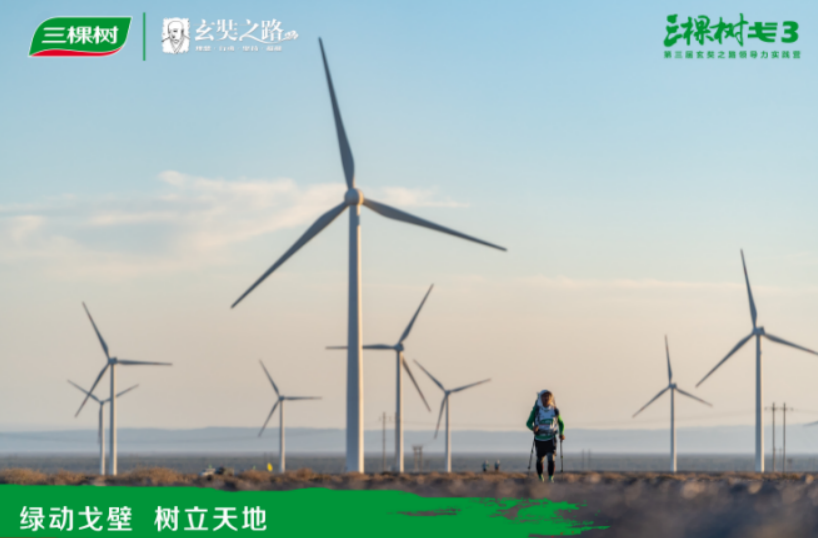 Stories on the Gobi: Once you start, you will sure arrive

★ The scores of Expedition Team, with which Mr. Hong was the honorary captain and Liu Jian the captain, went from the third place on the first day, the second place on the second to the first on the third day, which made eloquent explanation of 3TREES’s spirit of "striving hard for the first place" with downright actions. And the captain said that they were convinced of the way of "steady and far-reaching" while attaching importance to the team's cognition, coordination and encouragement. And no matter how hard it was, they were fighting towards the goal each day, and so their progress was hard-won!

★ Liu Haixin, a customer from the Waterproofing Department of the X3 team, was 54 years old. And as the oldest female Gobi goer at the trek, she, despite the persuasion by the organizing committee to withdraw due to some physical ailments from a training session at Wuyi Mountain a month ago, insisted: "The road on the Gobi is a road of faith, so I must go!". Surely, she was putting up a challenge to her limits on the third day, the most difficult leg of the race, walking for 13 hours from morning to evening, to finish the race in success. So she was a brave heroine!

★ Li Yajun, a customer of Engineering Paints Department from Leader Wolf Team, specially had an operation performed before the trek to meet the physical requirements. And he was grateful for the precious experience, for the loving team, which allowed him to experience different roles such as a pioneer and a helper. He said, "I am willing to be a person giving off light and helping everyone around me", and he is always carrying forward great love with downright actions!

With dreams and passions, let’s act for memories together! 3TREES’s Gobi goers ignited a bonfire in the evening on the vast Gobi rejoicing over being honed by the wind and sand and celebrating the birthdays of those born in September as the simple yet gorgeous night on the Gobi saw a feast of life in full bloom. And amid the gorgeous fireworks, they were back in their true selves and blooming with their lives of vigor and blood. 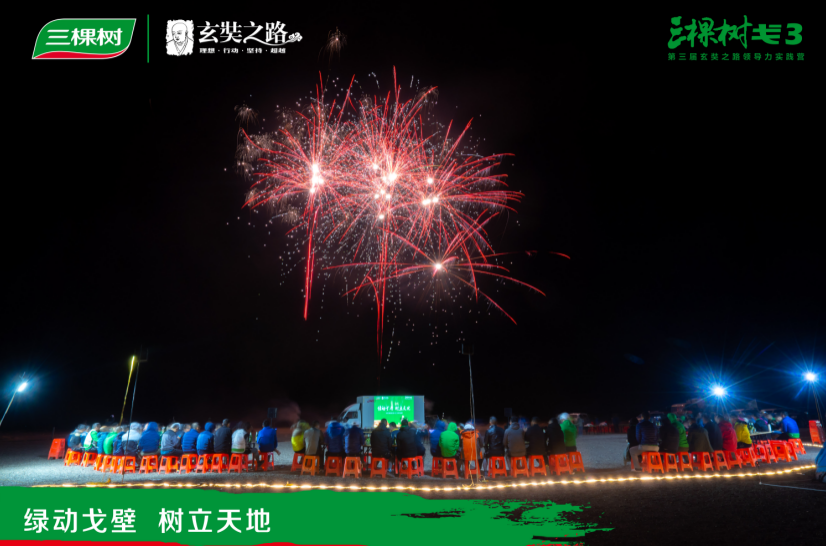 Firm in their belief they kept moving forward! The Gobi going team from 3TREES were walking hand in hand, measuring the Gobi with their footsteps, challenging and transcending themselves with their persistence, and making greatness with their beliefs.

Prev: Moving Forward Together for Nirvana Before Rebirth: T…
Next: Their Steps Steady and Far-reaching, They are Going A…
地址查询
专卖店授权号查询
