On November 15, 2020, the 7th West Bund Art and Design Expo (“West Bund Expo”) drew to a successful conclusion. As the first international blockbuster art exhibition held as scheduled in …...
Greening the Gobi and Supporting the Earth: Meeting for 3TREES Gobi 3 Experience Sharing and Gobi 4 Launch a Success
2020.10.16       Category: News

Returning from the Gobi, they were all heroes.

A meeting for Journey of Hsuan Tsang Leadership Camp Gobi 3 experience sharing and for the kick-off of Gobi 4 was held at 3TREES Headquarters on October 13, where all the employees and partners of 3TREES could experience the events in person or by watching the live online broadcasts. That night, nearly 20,000 people were watching the event through live online videos, while nearly 70,000 people were watching through live pictures. 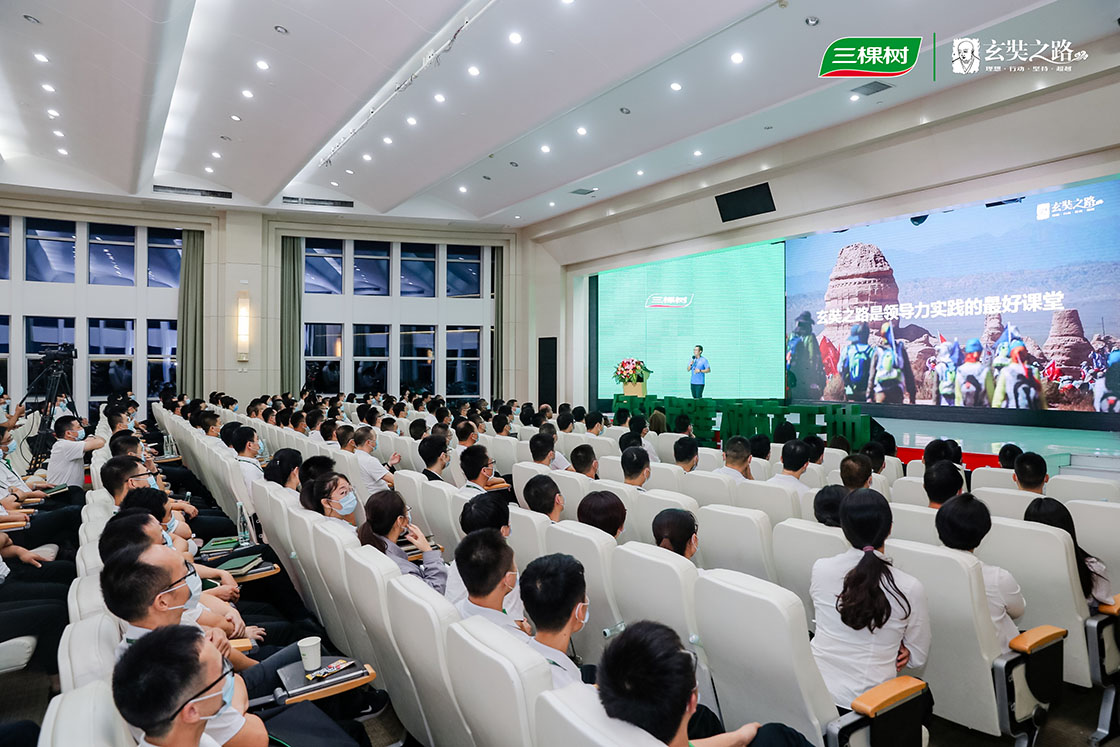 Empathizing the firm belief and going with the forward force.

The Journey of Hsuan Tsang Leadership of 3TREES has been staged for three times under the leadership of Mr. Hong Jie, Chairman and President of 3TREES since 2018, and the 108 warriors from 3TREES has gone through Moheyanqi for the third time in September this year, challenging 113 kilometers in 4 days and 3 nights with all of them finishing the trek with the best performance in the past 3 years.

"Walking through the vast Gobi, we are all sisters and brothers". Mr. Huang Shaohui, the representative of Gobi Going Organizing Committee, said in his review sharing that great teams make great achievements, as 3TREES became the first paint company in China to take the Journey of Hsuan Tsang again in 2018. Having fought against the daunting challenges of the Gobi three times, with the corporate spirit showed by 3TREES members having been in high consistence with the Gobi contest's motto, 3TREES is setting out for their ideals bravely. Once they start out, they shall surely make it; they will be walking while reflecting, keeping to their faith and surpassing themselves! 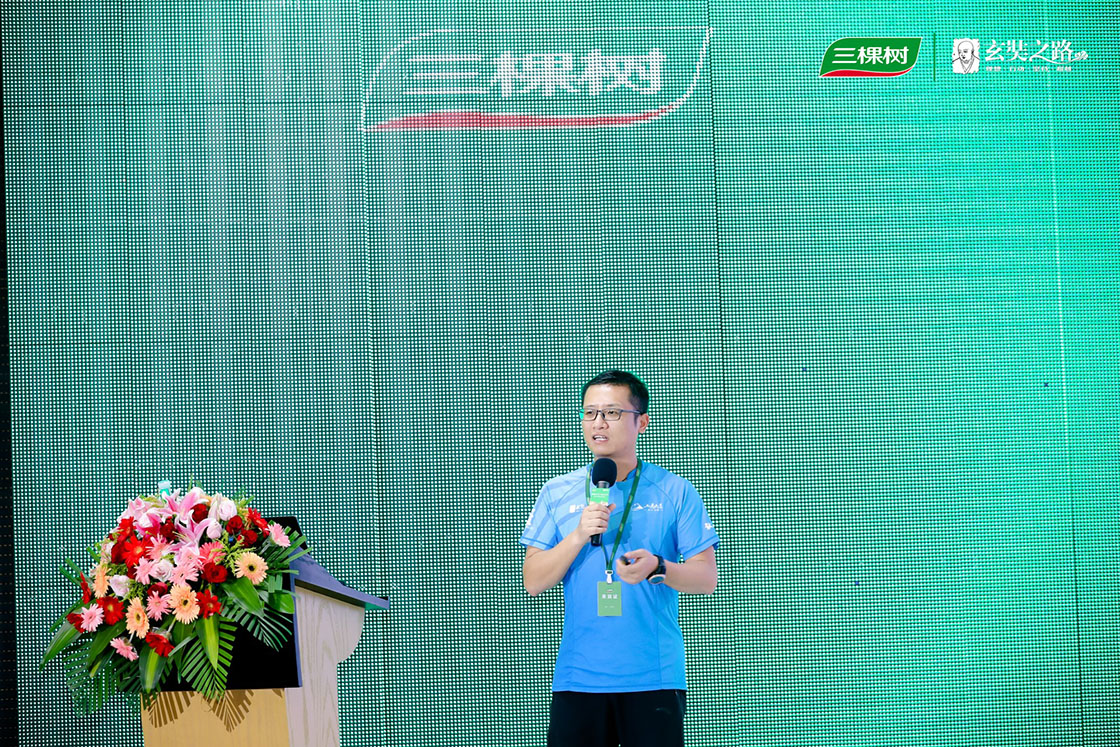 Mr. Hong Jie, Chairman and President of 3TREES, as the leader of 3TREES Gobi going trip, pointed out in his sharing that the Journey of Hsuan Tsang was a path for the mind, ridden with pain, bitterness, joy and love as well as the best classroom for leadership practice. So whether one starts a business or strives for a job, the trip to the Gobi will alert him to the value and significance of faith and corporate culture, the importance of his goal and his vision, and remind him of the importance of respecting nature, law and life as well as the importance of good health. Therefor the trip to Gobi will also be an unforgettable trip for enjoyment and appreciation of the meaning of life. So in this great era, we all should shoulder the sacred mission, carry forward the Gobi spirit, the motto of 3TREES and the Olympic spirit to contribute to the industry, the country and people's better life. 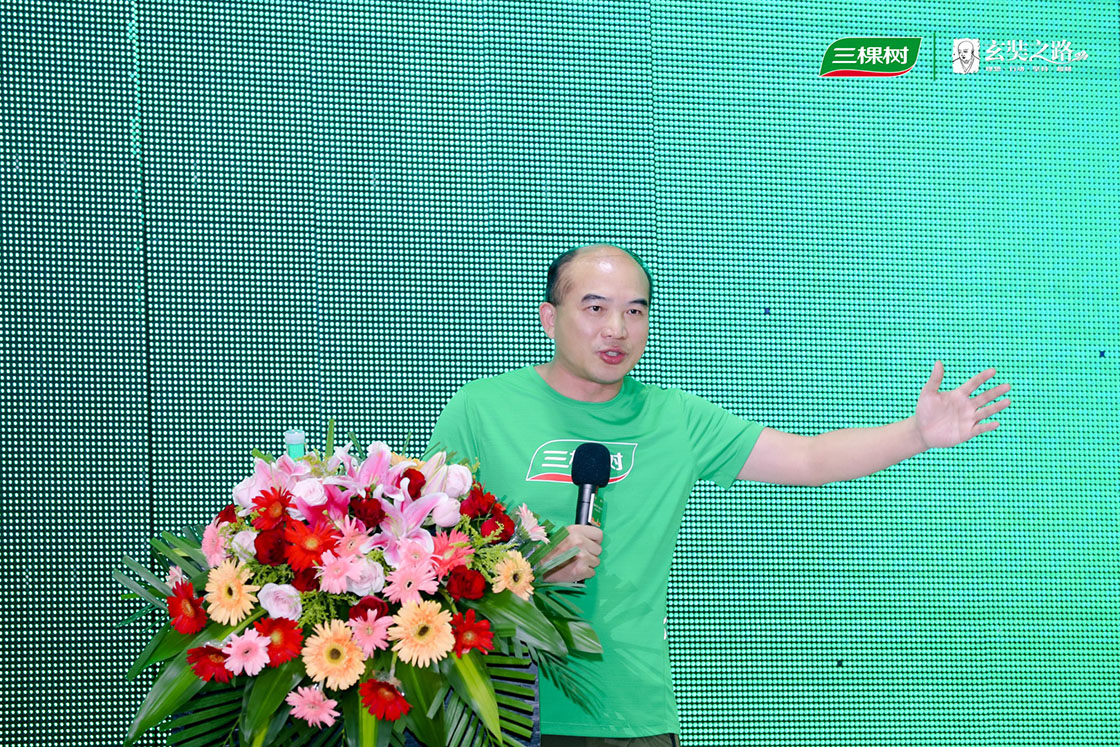 Some of the Gobi going friends were talking and some were brimming with passion at the sharing meeting, talking about the difficulties and obstacles encountered in the Gobi Desert, and how they worked together to overcome those difficulties before their self-transformation, breakthroughs and growth again and again and the interesting things, difficulties, worries, feelings, emotions and sentiments experiences on the Gobi Desert were met with applause from the audience. And each Gobi goer who were sharing said from the bottom of their hearts that the Gobi going trip was for spiritual transcendence as 3TREES had always been carrying out its core values of "Win-win Cooperation with Partner and Sharing with Strivers" so that its employees and partners had the opportunity for such extraordinary tempering, growth and transcendence. And as a member of 3TREES, we should carry forward the enterprise spirit of "hard work, always striving for the first" to go forward together with 3TREES, forge ahead bravely for greatness.

Finally, in the online and offline witness of 3TREES employees and partners, the representatives of the guests at the meeting jointly launched the Fourth Journey of Hsuan Tsang Leadership Camp (Gobi 4) in 2021, which would pull up the curtain on a new challenge to the Gobi. 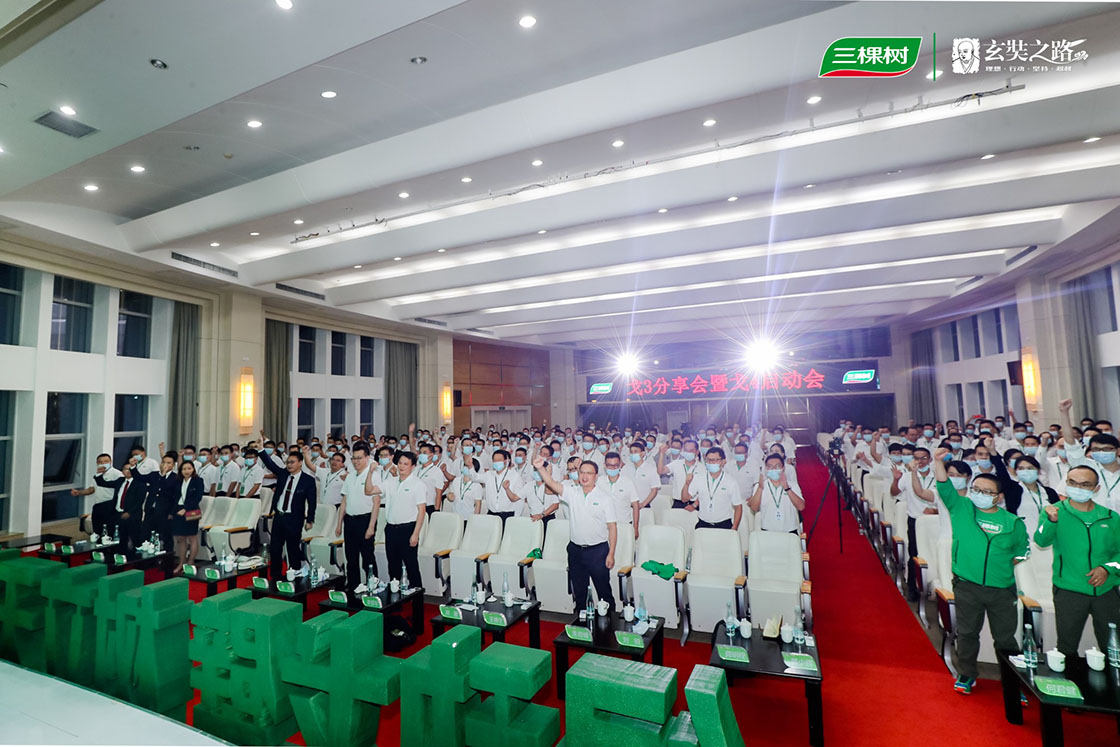