In his poem Stopping at a Friend's Farm-House, Meng Haoran, a famous poet of the Tang Dynasty, once wrote the following lines about the tranquil pastoral life in the countryside: “Preparing me chicken and rice, old friend, you entertain me at your farm; we watch the green trees that circle your village, and the pale blue of outlying mountains…” Such pastoral life has become the poetic pursuit of many today.

Recently, the 3TREES Public Welfare Foundation invited more than 30 volunteers and children to Wulin Traditional Villages in Jinjiang City to explore the rural scenery there. Wen Na, an artist from the Academy of Arts and Design of Tsinghua University, also joined the tour to complete a 160m2 large-scale mural art painting, awakening the 600-year building clusters in Southern Fujian with colors. 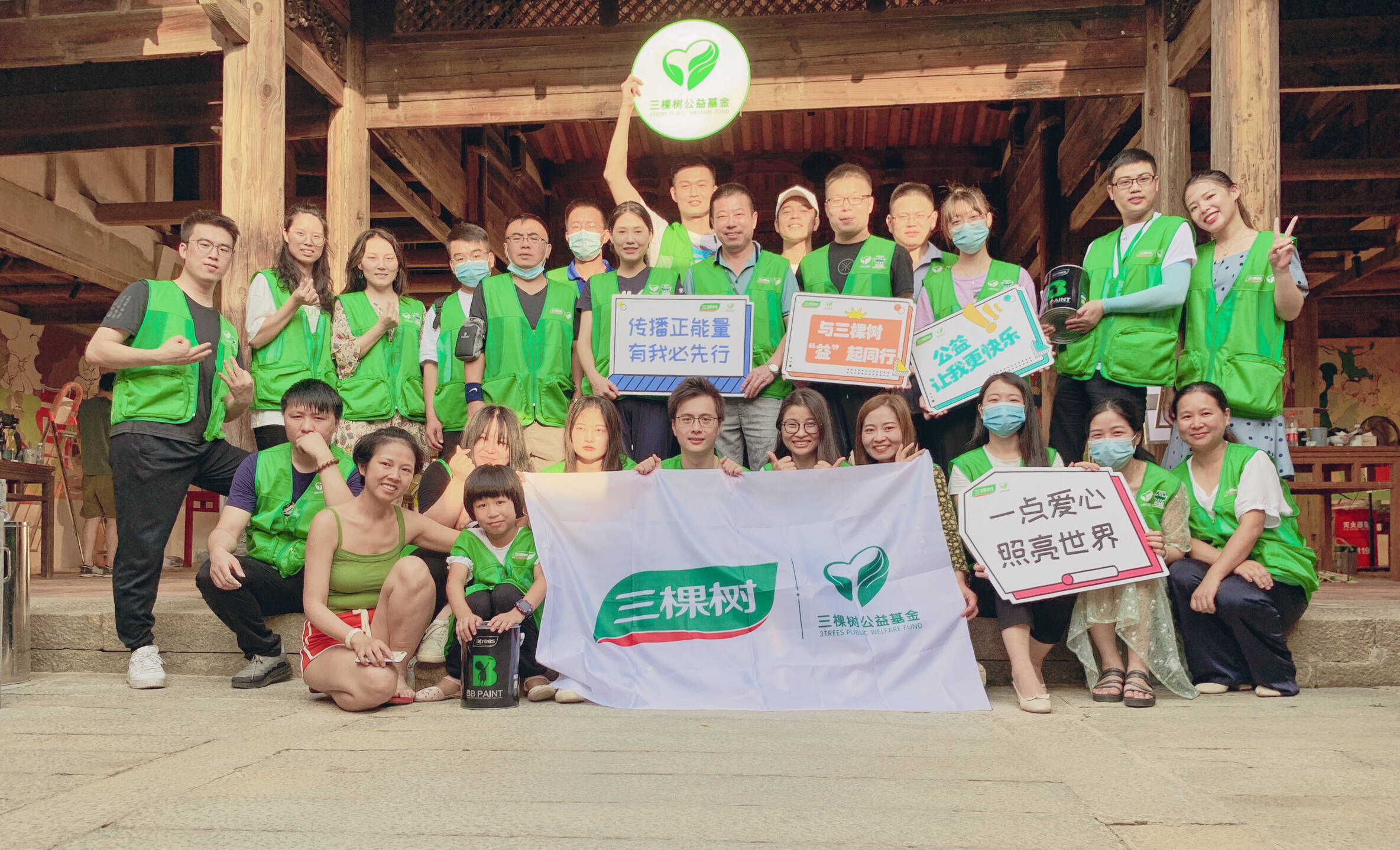 3TREES volunteers and the artist used 3TREES’s BB paint to color the wall paintings, sparking off color splendor between the green coating and mural art. In the process, the artist also shared the story of her creation of the mural painting. In the work, the 18 arhats showed different emotional states. Their poses come from daily life and are well integrated into the cultural connotation of Wulin Traditional Villages. The artist's ultimate rendition of beauty and art and 3TREES’s ultimate pursuit of healthy products added unique splendor to the mural painting. Thanks to the whole afternoon’s hard efforts of 3TREES volunteers, a vivid colorful mural was produced. 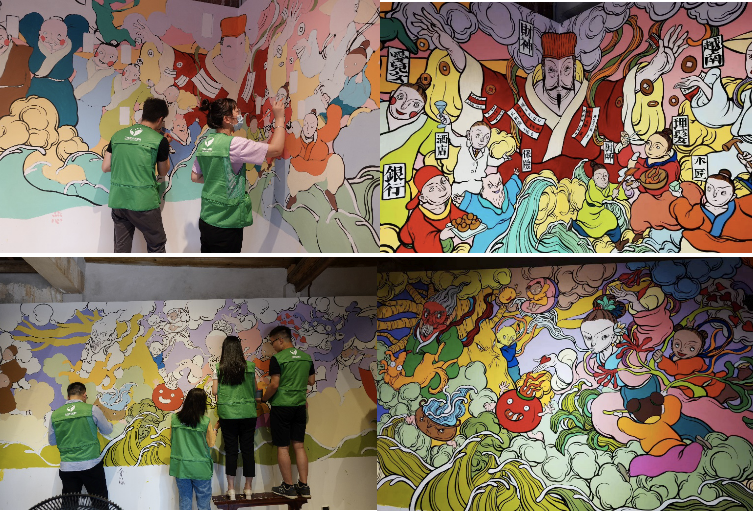 "Making homes healthier and cities more beautiful" has been the mission and aspiration which 3TREES has firmly adhered to since its establishment. Over the years, 3TREES has actively participated in various public welfare activities to build countryside of intoxicating beauty and beautiful homes. In 2019, 3TREES walked into Baoshan Mangshui Junior High School in Yunnan Province through the Green Classroom Campus Donation Program. By integrating color and art, the endeavor involved campus and home beautification for the children there, freezing their aspirations for poem writing and arousing their impulses for beauty. All these have been recorded in the third episode Growing Up of 3TREES’s promotional film The Firsts in Life. A common pursuit of public welfare has brought 3TREES and artist Wen Na together again in the Wulin Traditional Villages Color Painting Program. 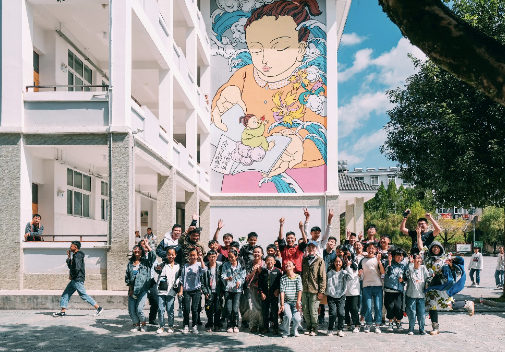 In November 2016, Wulin Traditional Villages were selected into the fourth batch of China’s traditional villages. These villages started in the Ming Dynasty and are currently Demonstration Villages for Building Beautiful Countryside in Fujian Province and the Jinjiang Exhibition Outlet of the Southern Fujian Cultural and Ecological Protection Zone. Consisting of 57 Southern Fujian official-style houses, 12 Nanyang-style buildings, and 11 Romanesque and Gothic-style buildings, Wulin Traditional Villages are a full display of architectural style changes in Southern Fujian from the end of the Qing Dynasty to the present day. They are known as a museum of overseas Chinese in Nanyang and a backyard of the Southern Fujian culture. 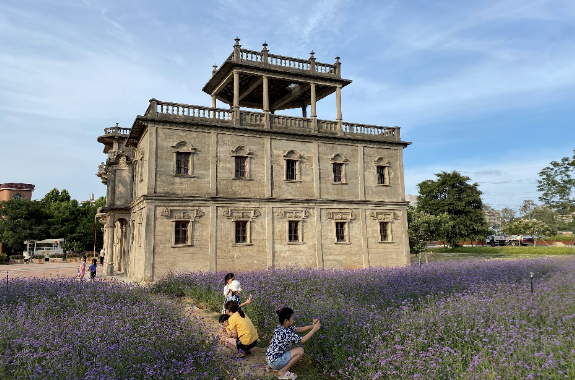 Currently, 3TREES is actively exploring more in-depth cooperation in an effort to make its due contribution to the protection and development of Wulin Traditional Villages and use colors to awaken "sleeping" ancient buildings in Southern Fujian and revive the unique historical and cultural charms of ancient villages.