On November 15, 2020, the 7th West Bund Art and Design Expo (“West Bund Expo”) drew to a successful conclusion. As the first international blockbuster art exhibition held as scheduled in …...
On the Fourth Day of 3TREES Gobi 2 Trip: Persisting to the End, the Gobi Goers Went Through Physical and Mental Ordeals
2019.05.14       Category: News

The competition became more intense on the last day of the Gobi trip, as the rules required that from among each team be selected 3 people for individual race, and the compounded time of 3 goers and the arrival time of the other members be taken as the team’s scores for the day.

And the 4km after departure was in silent walking when the teams of 3TREES’s Gobi 2 goers were going on foot through the vast Gobi, where no electronic equipment was allowed, nor was communication or any contact with others. So 3TREES’s Gobi goers walked silently, imbibing the essence of the heavens and the earth and experiencing the wisdom of "one world in a sand" and "harmony between man and nature" while feeling the spirit of the "Journey of Hsuan Tsang". 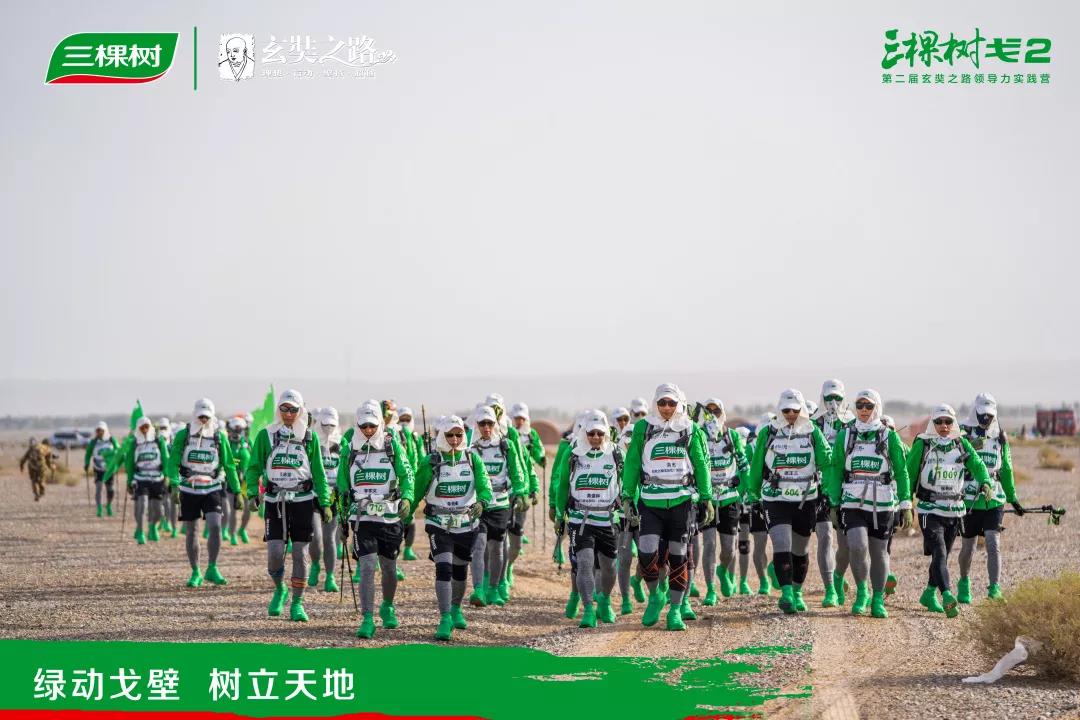 Ruthless and Unaffectionate as the Gobi was, Keep it up, and You’ll Make it!

The Gobi goers crossed hills and rivers, and moved towards the destination step by step, their physics, strength, endurance and will were constantly put to test, and the trip was even more unbearable for those, who had already been wounded. So some gave up their chances for individual awards in company of the injured to the finish line, firmly believing that "Keep it up, and You’ll Make it!" 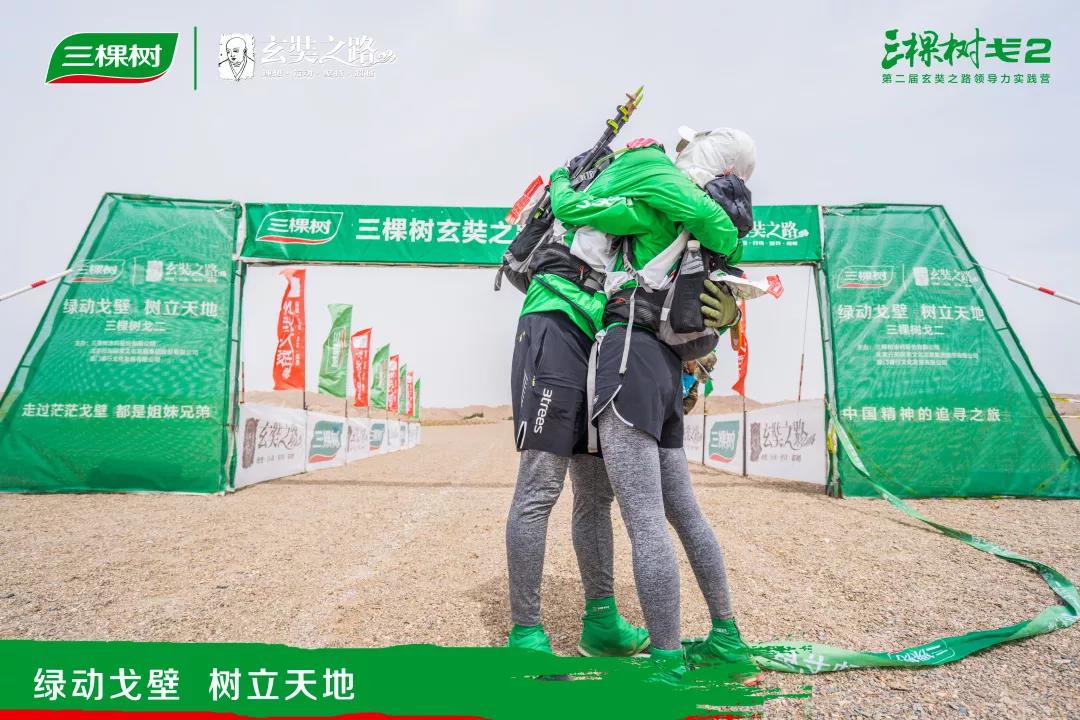 All the sweat and pain undergone by the Gobi goer turned into flowers and applause for celebration at the rush to the finish line, and they had not only left the most beautiful figures of 3TREES in the vast Gobi, but had also planted 108 populus diversifolia trees in Gobi Spring, in an effort to support the project of Gobi Spring’s public welfare forests, spread a piece of greenery on the Gobi and stand guard on a piece of land. 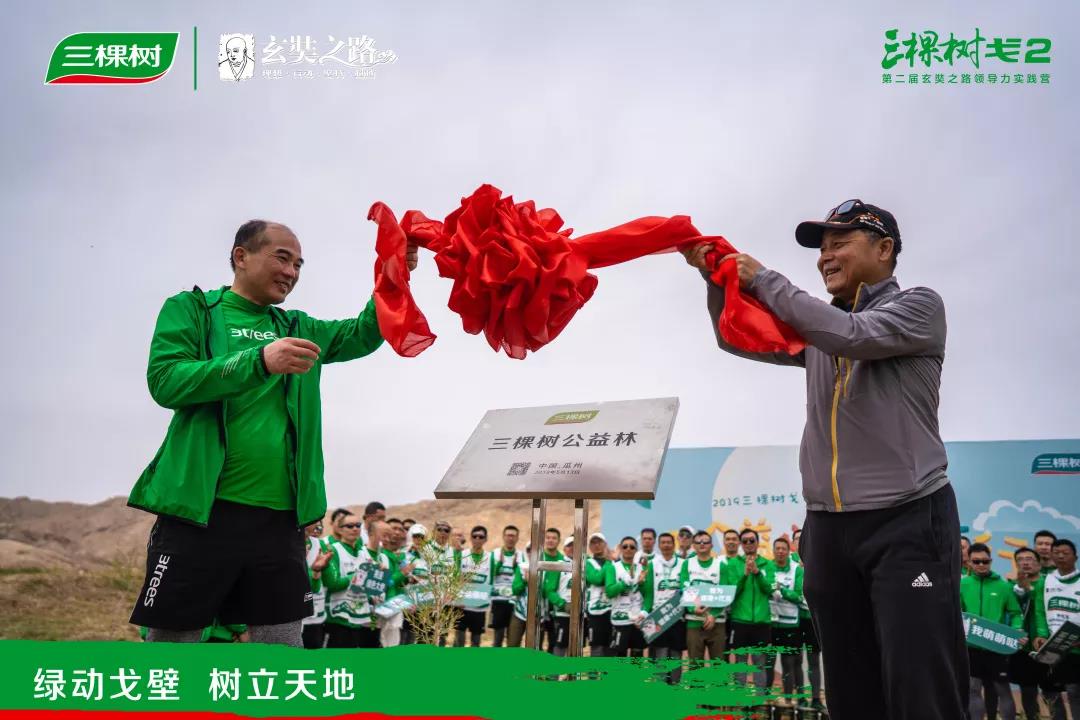 The 112-kilometer Gobi Trip in four days and three nights has witnessed the team on 3TREES Gobi 2 trip finishing the race at a rate of completion as high as 98%, with no one dropping out for individualistic causes. So each contestant was a WINNER, and the harvest is bumper one as each group of representatives shared their gains and feelings from their hearts gleaned during the four days and three nights at the awards ceremony and celebration banquet held in the evening, and individual and team awards were presented, and to the team with 100% of their members finishing the whole race Shackleton awards were also presented. 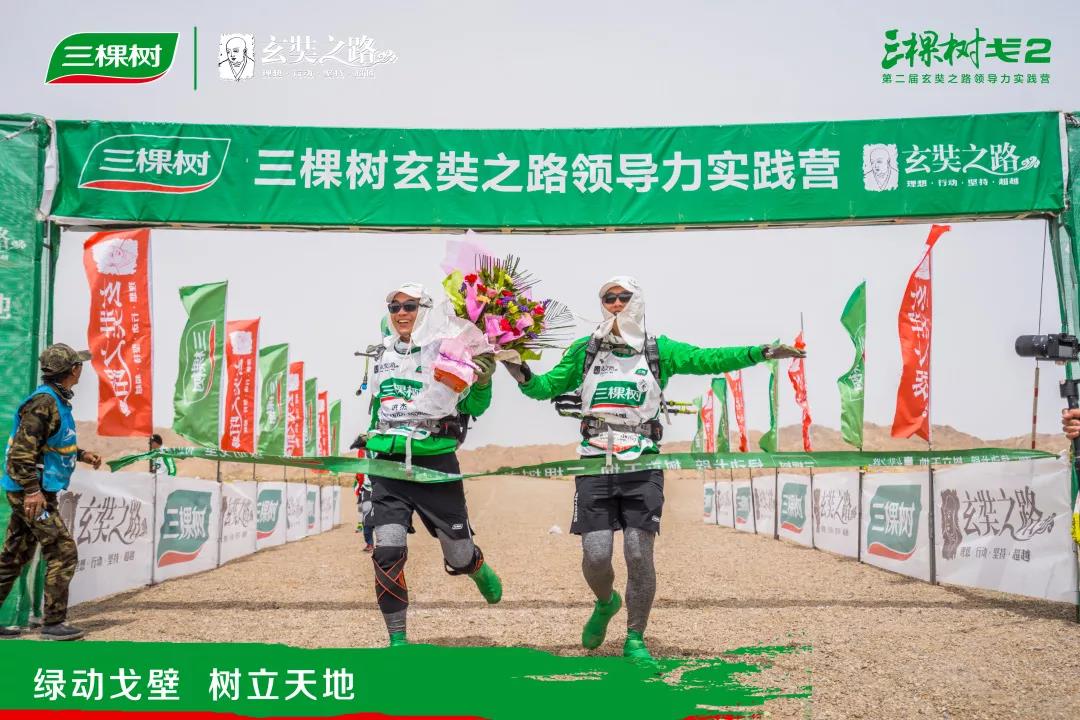 As a veteran Gobi goer, Chairman Hong talked about the Gobi trip, saying it had sublimated one's spirit, caused one’s rebirth, and filled one with feelings and stories. And he encouraged the Gobi goers to feel the spirit as borne out by the "Journey of Hsuan Tsang" with his heart, to stick to one’s original aspirations, beliefs and sense of mission. In addition, 3TREES’s partners should have entrepreneurship, run enterprises of cultural heritage, pursue a meaningful career, keep abreast of the times, bear lofty goals and dreams, and have a firm belief in becoming the firsts in their own region. 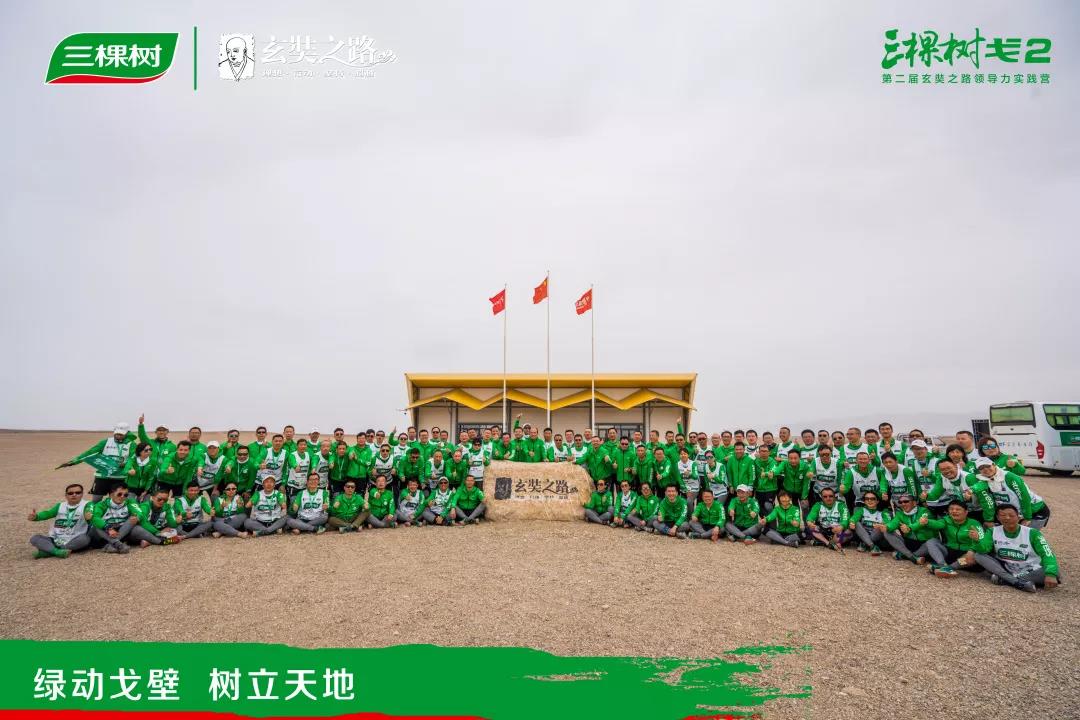 Ambitions aspiring for the Gobi, how should one fear hardship and difficulties! Dancing with the dust, in company of the heat waves and going with the wind and rains would bring about experience of the body and mind as well as praise of the horizons and heights of life. Hsuan Tsang's spirit, i.e. "ideals, action, perseverance and transcendence" shall be deeply imprinted in every Gobi goers' hearts, inspiring each 3TREES member to work hard towards the "small goal of 10 billion, big dream of 100 billion" and go after their aspirations with downright efforts.

Prev: Challenging the Limits and Sublimating the Spirit, 3TR…
Next: The Third Day of 3TREES Gobi 2 Trip: Amid Biting…
地址查询
专卖店授权号查询
