On November 15, 2020, the 7th West Bund Art and Design Expo (“West Bund Expo”) drew to a successful conclusion. As the first international blockbuster art exhibition held as scheduled in …...
The 2nd Day on 3TREES Gobi 2 Trip: Impossible to Stop Gobi Goers’ Footsteps Despite a Sandstorm of Scale 5
2019.05.12       Category: News

108 teammates were challenging the 32 km trek from Windmill Camp to Kunlun Barrier, which was 7 km more than on the previous day after the first day of rarely seen rainstorms and hails. And today, they conquered the longer distance with sore legs, blistering feet and fearless hearts. 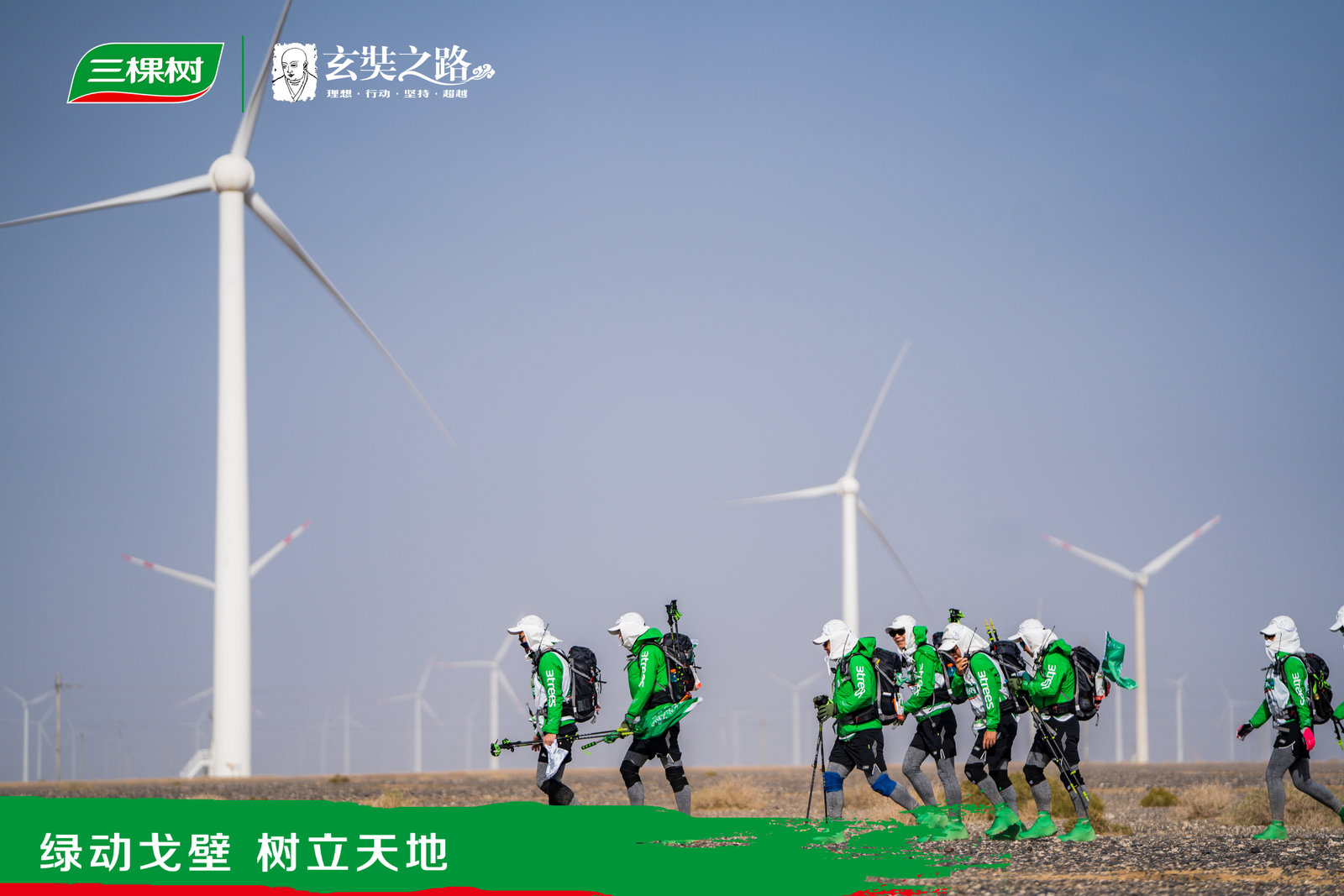 For today's hike the rule was adjusted for each group, and took the time when the sixth member of a team arrived at the Camp as the team’s score, so each group selected six warriors who had recovered to better conditions to charge and fight for the team’s honor. And the rule also included a task named "Perseverance", meaning that, when each team is 2 km away from the finish line, it would have to go back for 1 km, and would be rewarded with time reduction. 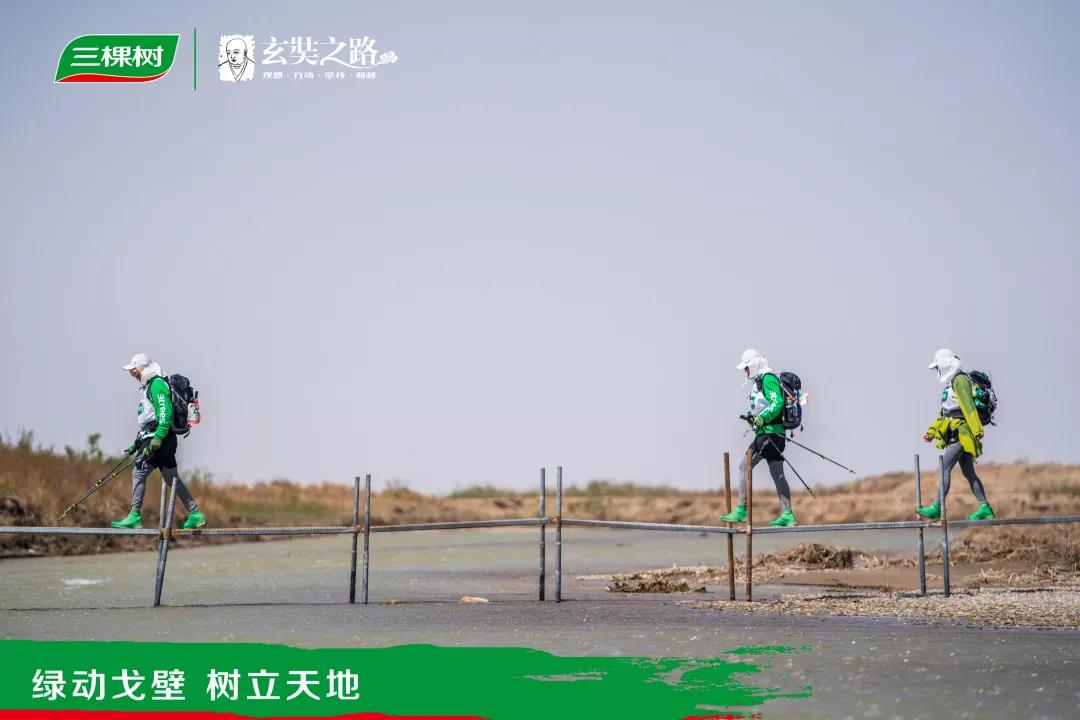 In the afternoon, a sandstorm of scale 5 blew out of the clear sky, with the sand convolved with the strong winds hitting the whole Gobi. Yet the Gobi goers went all the way against the winds in an impenetrable environment without fear. 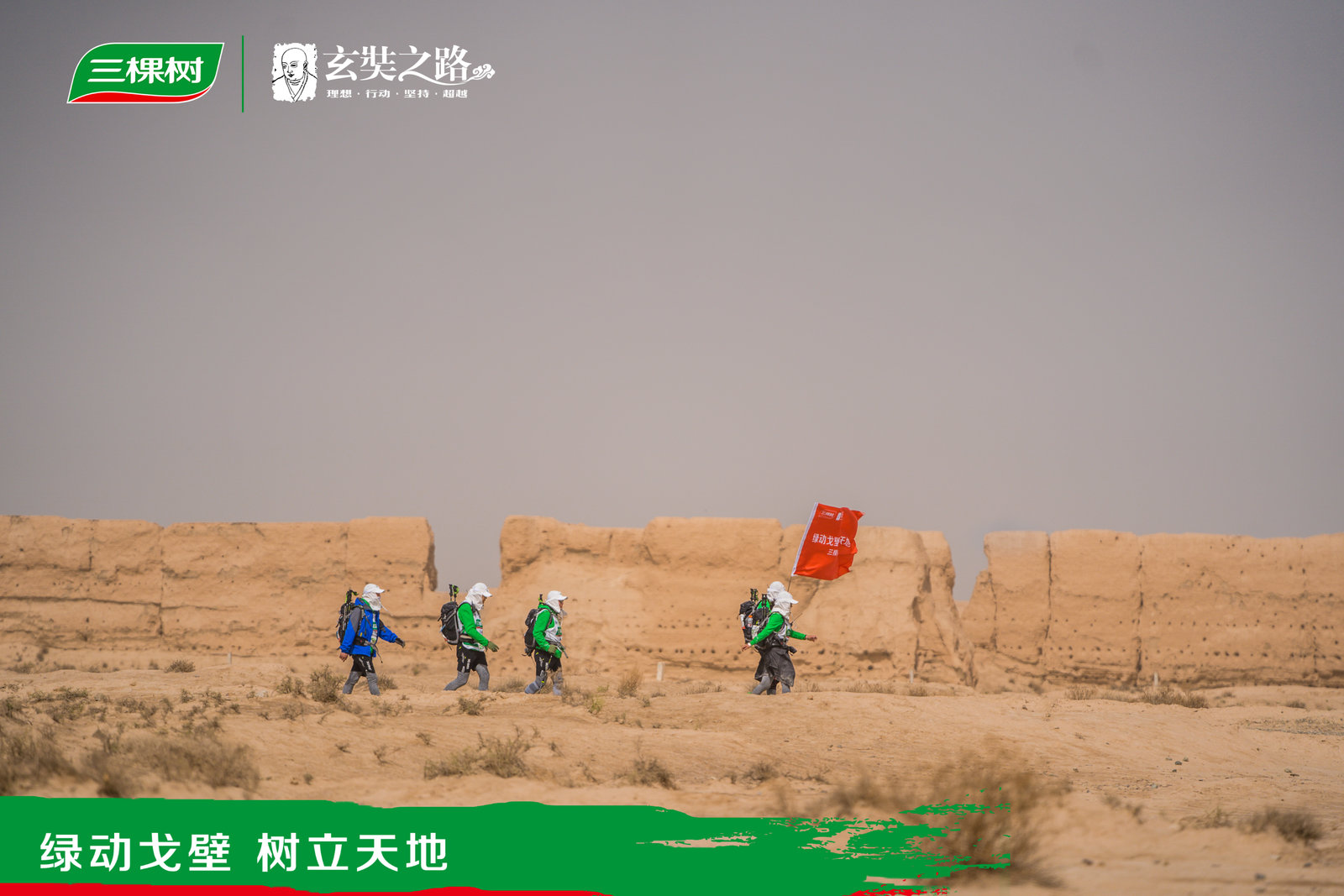 Ruthless as the weather was, the teammates had true love, and the pioneers of each group went at the front while those behind gave each other support and encouragement, and no one was left behind. When the storm troopers of 8 out of the 10 teams arrived at the terminal, they took an active part in the "Perseverance" mission and walked 2 kilometers more, not only for the scores, but also for the challenge. 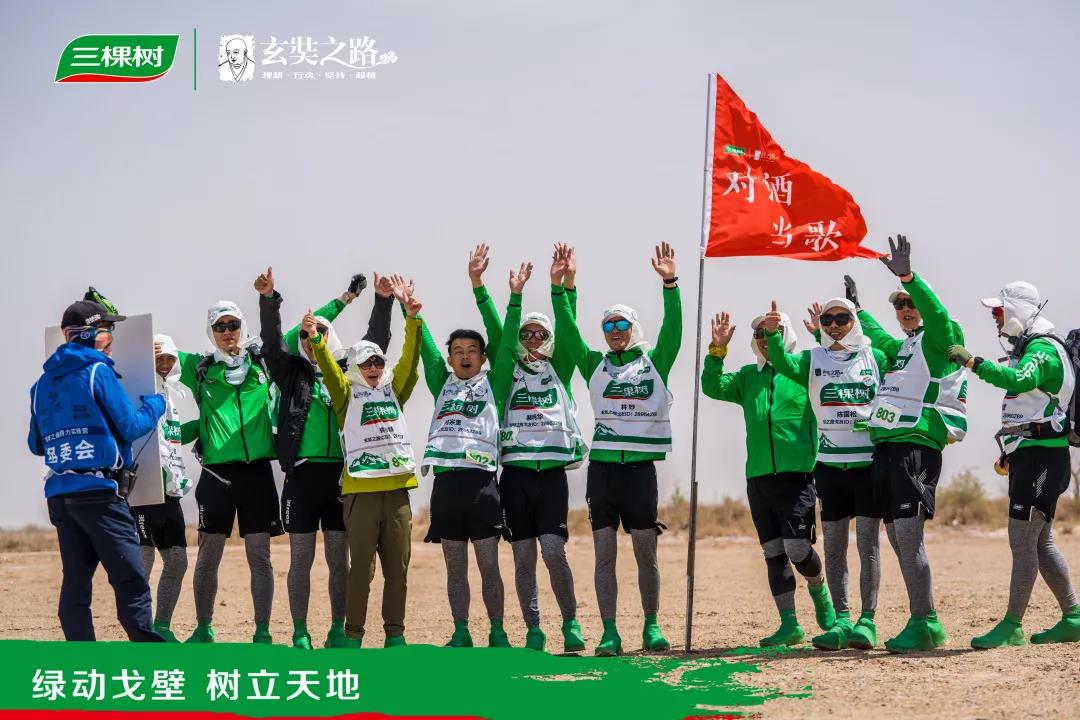 True Love amid the Challenge

Look Far Away and High, and Don't Fall Behind or Give Up

Xiong Junping, general manager of Nanchang Limao Company, made full preparations of stretching before the game, but was still afraid in the face of the vast Gobi. And after the going started, he firmly followed his teammates, who encouraged each other to conquer difficulties. Later on even when three of his toenails fell off, he preserved and became the first to rush to the finish line with his teammates.

Tan Ruiqing, the 53-year-old vice chairman of Lomon Billions, was the most senior one participating in the event. He had some muscles in his lower leg sprained on the first day and doubted whether he could finish the task on the next day, when his team helped him to strengthen the stretching training beforehand, and had somebody special to keep him company so that they were able to reach the finish line. So he said with emotion: Humans have unlimited potential, and only by not giving up could we work miracles.

Xu Jianhua, General Manager of Guangzhou Meiyile Company, felt pain in the soles of his feet, weakness in his legs and thighs and injury in a ligament shortly after they started, but he refused to give up, saying: "Although I was the last one to reach the finish line, I won a first No. 1 in my life. And for the coming two days, I shall not give up and reach the finish line.” 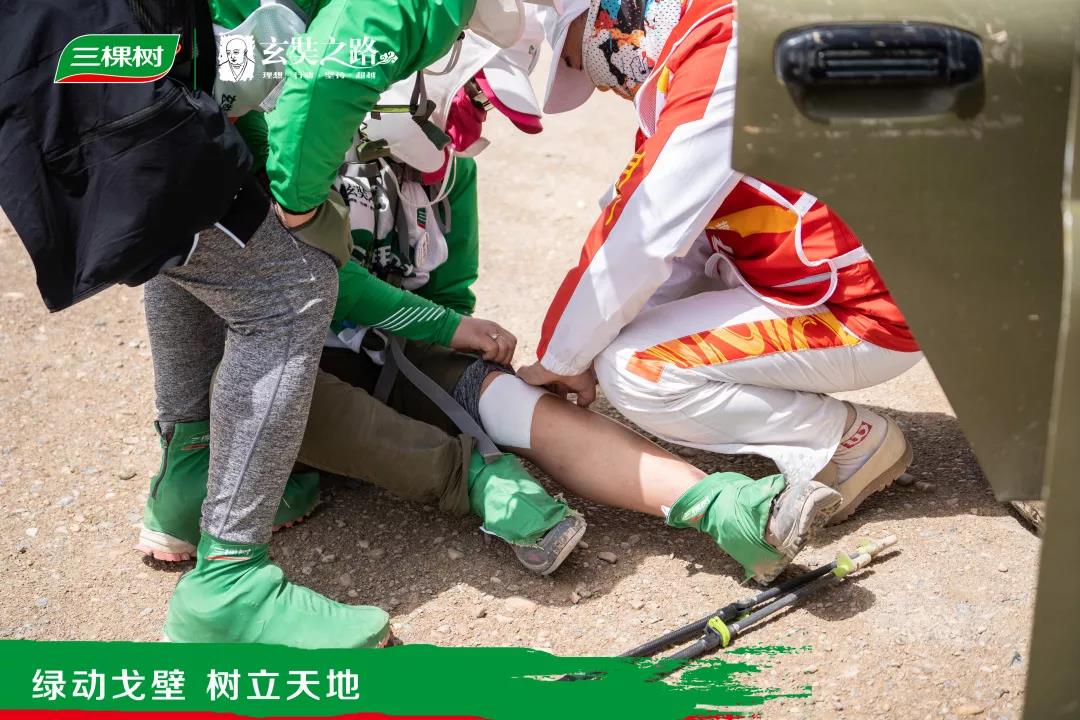 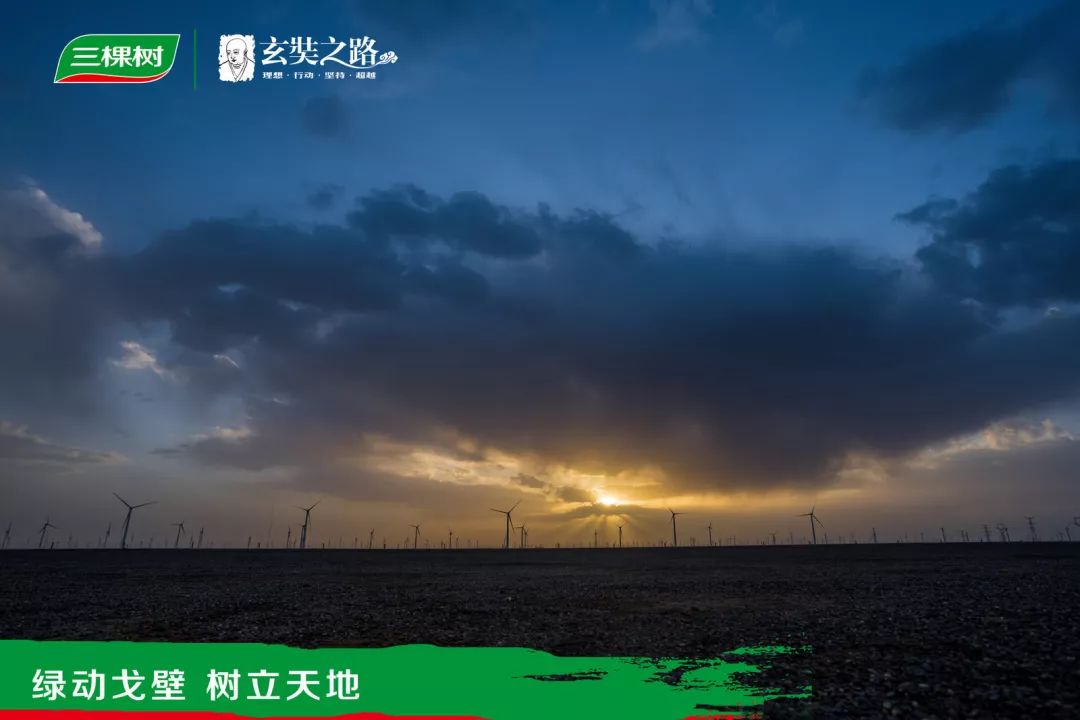 3TREES's teams marched step by step on the vast Gobi Desert, and as the saying goes: The road at your feet will lead you to the goal far away; halfway through the journey, the end could be expected!