108 Gobi goers set off from Guangxianyi, the terminal for the Gobi trip of last year, and went on foot to the Windmill Camp 25km away on May 10. 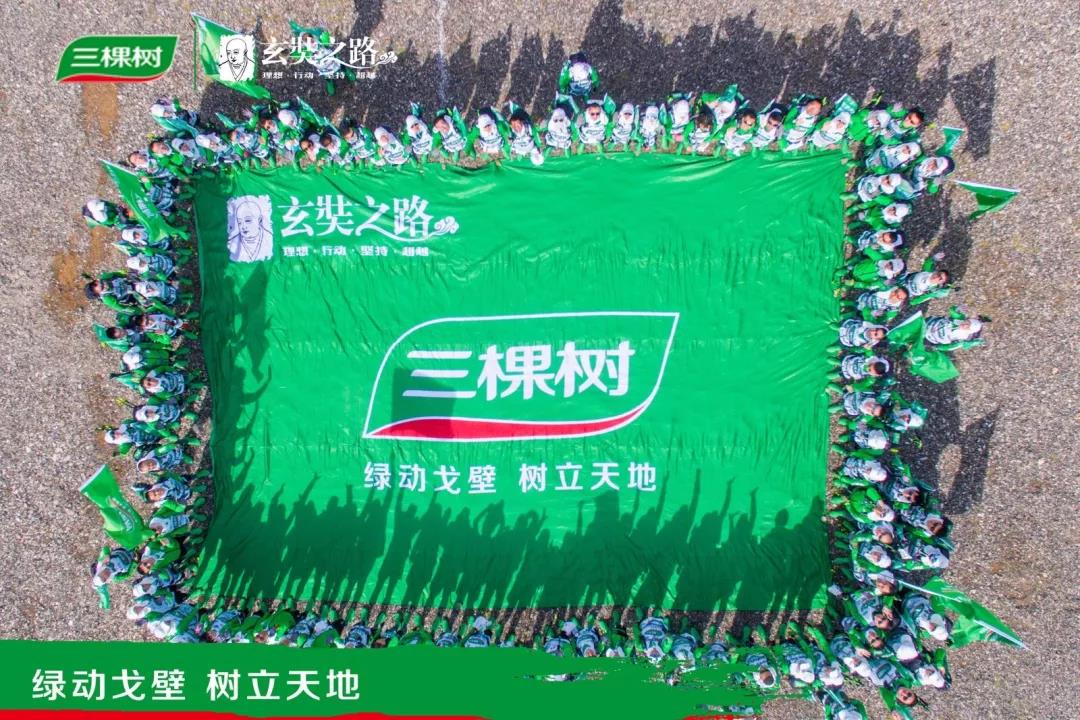 The weather in the morning was normal as usual, the air dry. Yet no sooner had the swearing-in ceremony of the teams started than sporadic raindrops began to fall from the sky. So when Mr. Hong fired the starting gunshot, the warriors went on foot in order, and it seemed that the sky felt the movement, and so sporadic raindrops turned into light rain. 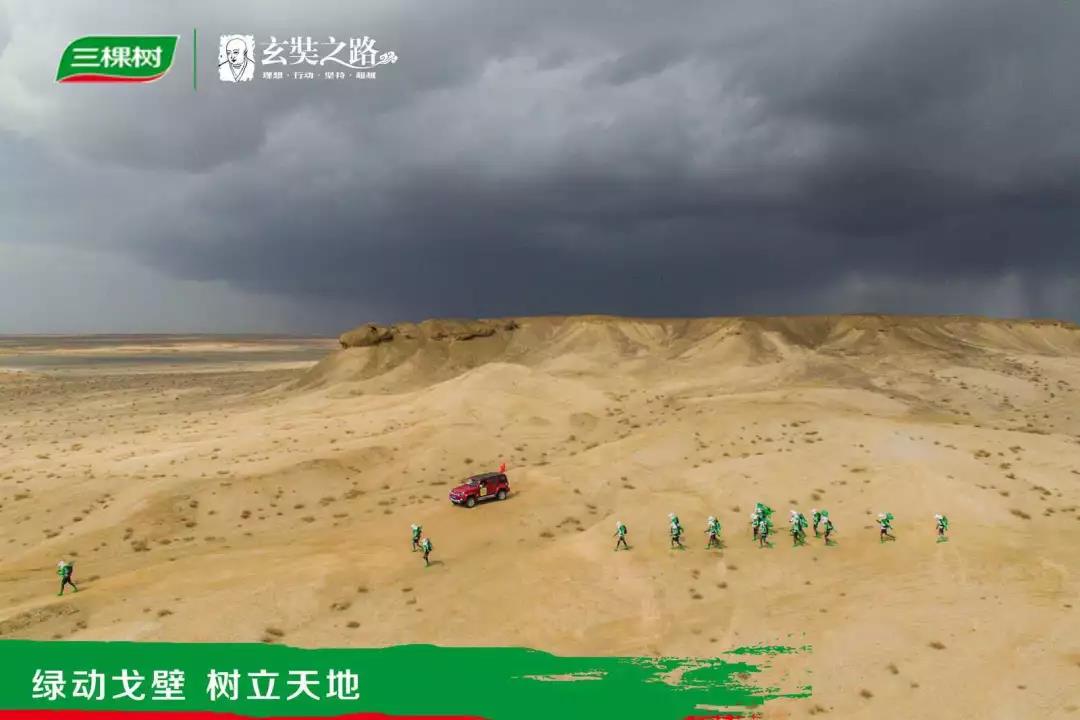 Light rain dropped for a while, and stopped, when the Gobi goers were exposed to the hot sun again.

The weather changed suddenly near noon with thunder and lightning, and hails in heavy rains and sand in the storm was raging, which was a spell of bad weather rarely seen in Gobi and also a very rare phenomenon in Guazhou area where the annual precipitation is only 49 mm, and made the already difficult trip even more challenging. 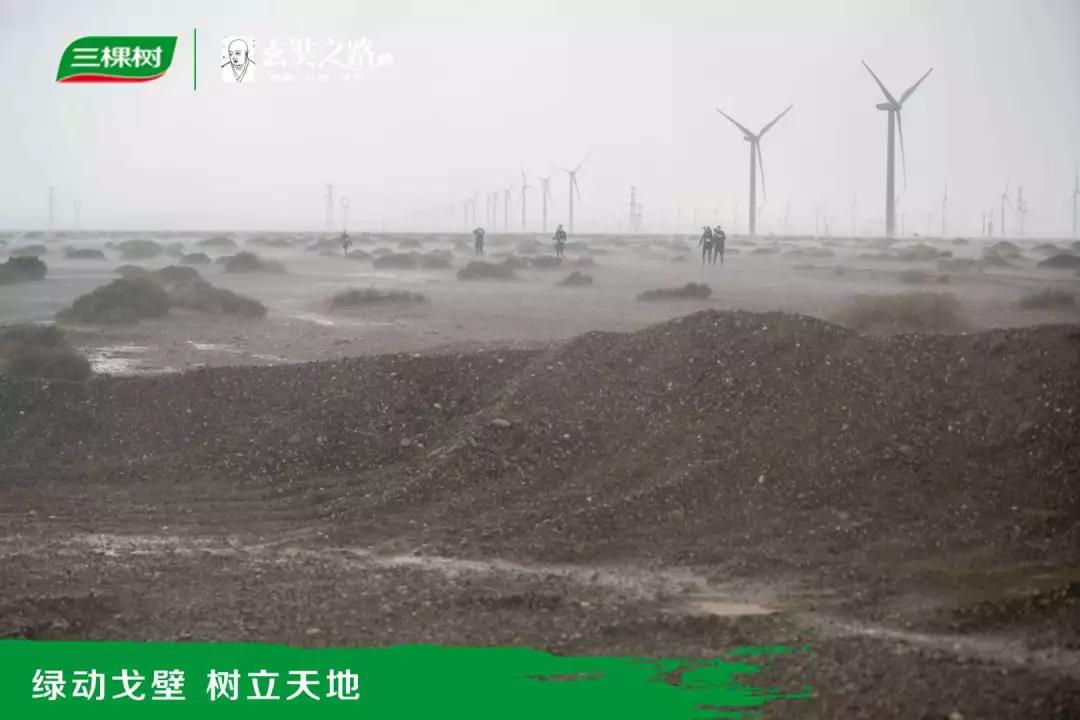 Suffering from the violent sand storms and being abused by the heavy rain and thunder, the Gobi goers walked extremely hard at each step in the harsh conditions of low temperature, but they were fearless and moved forward all the same. 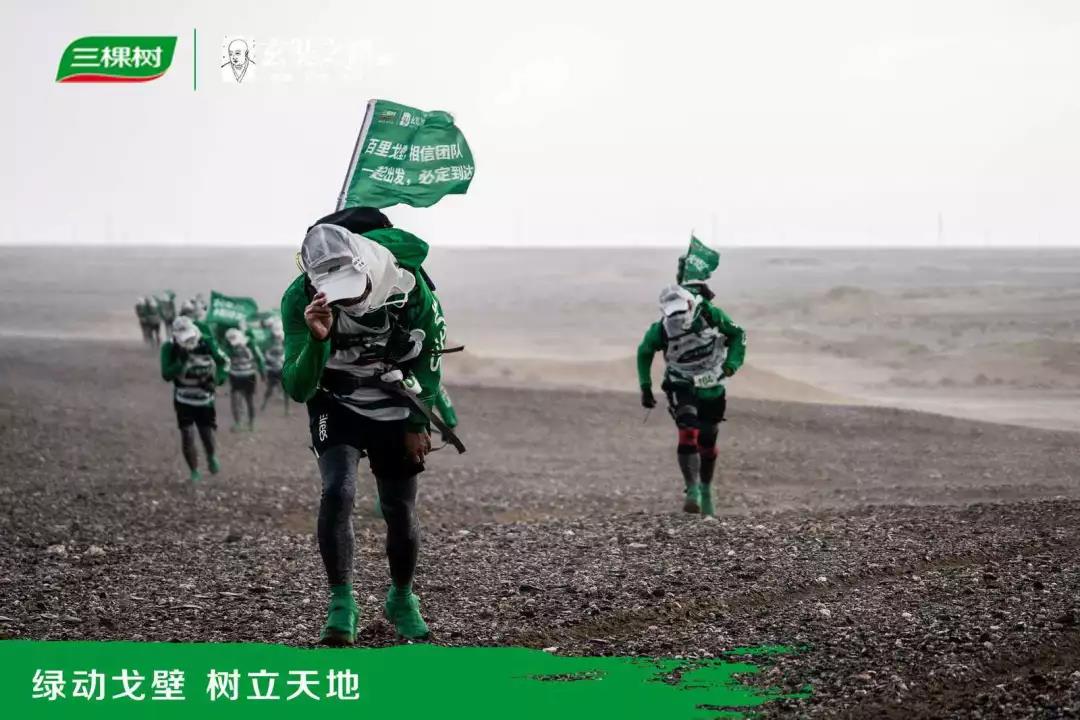 Finally the sky cleared up after the challenges brought by several hours of bad weather, when the hilly grounds turned muddy, and it became all the more difficult to walk, when the teammates’ were soaked through, with numbed hands, blistered feet and legs cramped, hurt ankles, and painful knees … Despite the incalculable hardship and difficulties, the 3TREES members were cheering up and supporting one another on the way, and no one withdrew from the hiking, their fighting figures becoming a unique scene in the vast Gobi! The stories of challenging selves and nature were on show here.

Going Against the Wind, and Singing All the Way

Wang Guiying, General Manager of Henan Youzhixiu Trading Co., Ltd., is a northerner, but she had never experienced such stormy weather. And yet despite the pain in her feet, the constant encouragement of the team and her decided belief made her the first to reach the finish line.

Gu Peng, General Manager of Guizhou Jiesen Company, participated in the hiking for more than 10 kilometers for the first time. And despite his psychological and physical preparations beforehand, 18 blood blisters had already appeared on his feet in less than two hours, which rendered him unable to move, but he persisted until the end and rushed to the finish line.

And Li Weiyu, General Manager of Beijing Bangjia Borui Wood Company, felt very tired while walking, yet he crossed the finish line with the help of his tenacious perseverance and the support of his team. So he said with emotion that walking in Gobi one must have faith in his heart for support to cover the distance. The 108 3TREES Warriors had their hearts set aiming far away and would never give up. So neither the changeable weather, the fierce winds and rain, the scorching sun, raging sand, huge temperature fluctuations, varied terrains nor muddy roads could stop their footsteps, for they had hearts fearless, and so they were invincible.