On November 15, 2020, the 7th West Bund Art and Design Expo (“West Bund Expo”) drew to a successful conclusion. As the first international blockbuster art exhibition held as scheduled in …...
The Horn is Sounding! 3TREES Gobi 2 Teams Assemble for the Gobi Again!
2019.05.10       Category: News

To green the Gobi and support the earth, 3TREES held a grand for its 2nd Journey of Hsuan Tsang Leadership Camp on the evening of May 9, when Hong Jie, Chairman of 3TREES, led 108 executives and partners to gather in Guazhou County, Gansu Province, sounding the clarion call of 3TREES’s Gobi 2 participants to aspire for the distance in 2019, and heated passion was echoing! 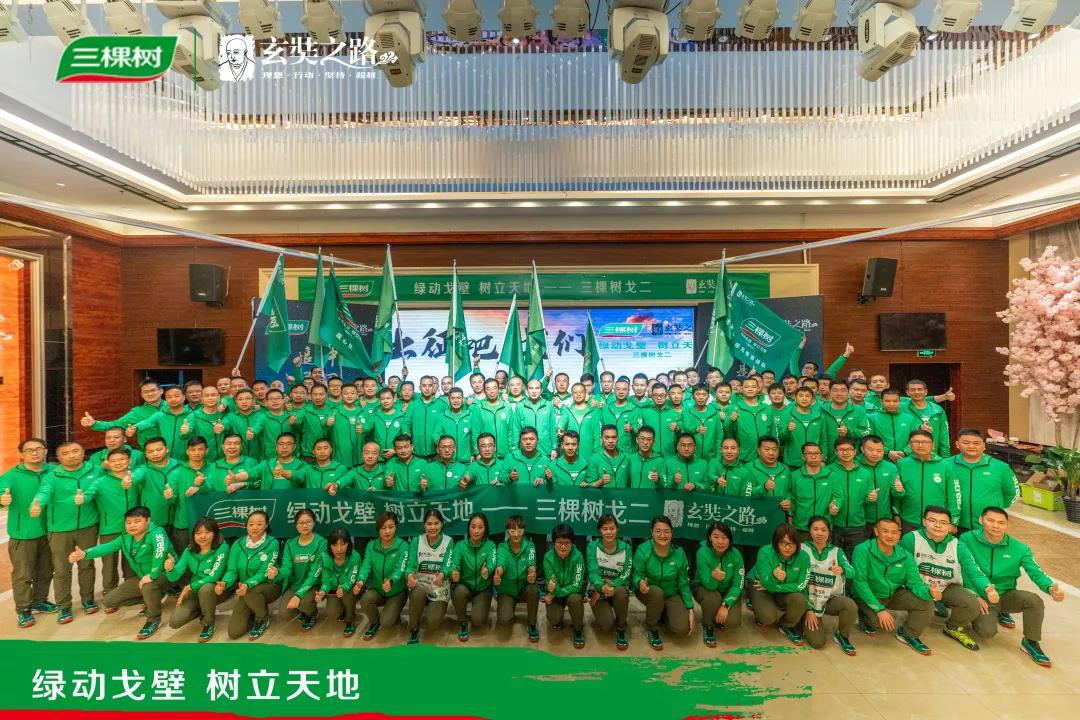 Hsuan Tsang pursued his dream with a firm belief, and shaped the soul of the times with his beliefs and ideals more than 1,300 years ago, and Chairman Hong led 60 troops of 3TREES’s Iron Army for walks and cultivation of their souls in the Gobi Desert in 2018; the sea of sand would once again be imprinted with the footsteps and metamorphosis of the 3TREES people in 2019. 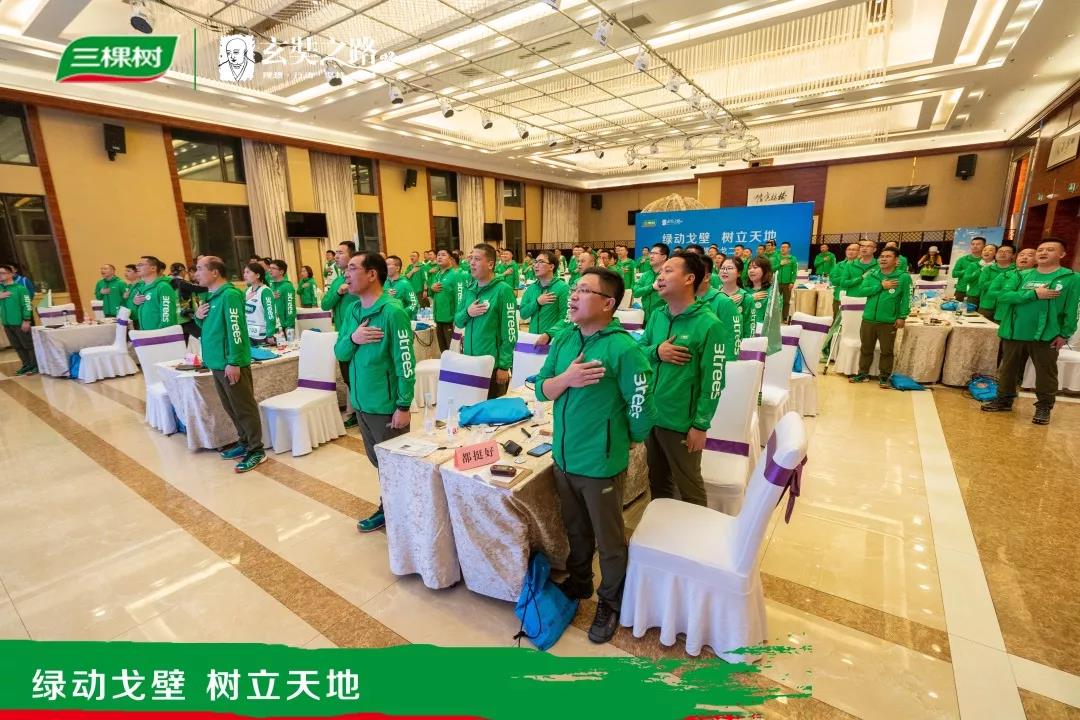 Seals were issued to the veteran Gobi goers who participated in the Gobi Challenge for the second time by 3TREES and the honorary captains of each team at the ceremony, so that in the coming four days, 3TREES Gobi 2 teams would once again challenge the 112-kilometer Gobi Desert, under the scorching sun, winds and sand, re-take Hsuan Tsang's westbound road, start a molding journey and write another chapter of green legends. 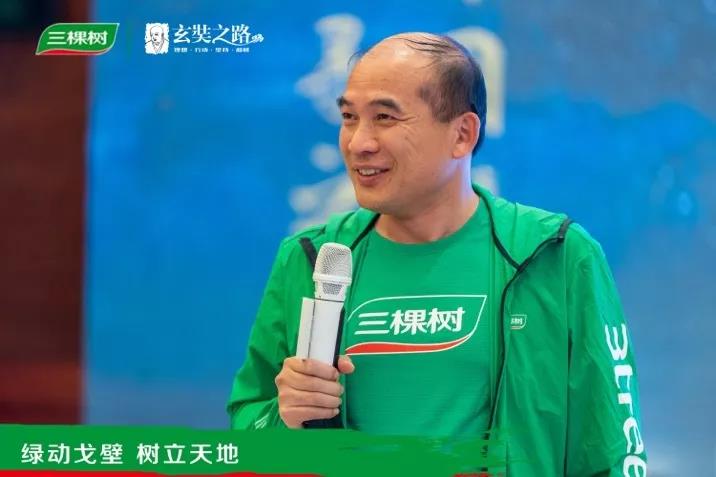 And the 4 days and 3 nights of journey would witness the 108 members of 3TREES’s Gobi 2 teams taking the challenge talking with the heavens and the earth, and with themselves, feeling the power of harmony between man and nature, realizing the true meaning of life, and meeting their better selves and fellows. So that would be a journey for the soul. Let's look forward to the laughter and tears through to the end!

Oaths of the Warriors

1. Lacquer Team of Magnanimous Perseverance: We shall take wings on the Gobi.

2. All Very Well Team: Braving the thorns we shall forge ahead.

3. Walkers & Practitioners’ Team: Bearing in mind our original aspirations, we shall go forward after our dreams.

4. Expedition Team: Braving the Gobi, we aim at thousands of miles

5. Braving the World Team: Stimulating our potential and we believe in the strength of us all.

6. Dream Chasing Team: Chasing after the dreams for a better future

7. Saxaul Team: Young as we are, we can make it! Cross the Gobi and we’ll overcome ourselves.

9. Heart-forging team: Green the Gobi, and build roads with heart.

10. Eagles Team: Take our wings and fly, we shall surpass ourselves.

Route: From Guangxianyi to the destination of Windmill Camp;

With our hearts aspiring for the distance, we will start with our dreams, and fight the Gobi and challenge the limits! Gathering tonight, we will start the journey again, and we the 3TREES members will arrive at our destination by stepping on the sand in the wind and marching fearlessly. Support the earth and green the world!